A pair of Gougeon-built multihulls made with WEST SYSTEM Epoxy decades ago won important races on the Pacific Ocean and Great Lakes in 2018.

Incognito is a G32 catamaran, vacuum bagged composite construction, by Gougeon Manufacturing in 1990. Russell Brown of PT Watercraft in Port Townsend, Washington raced the 28-year-old vessel singlehandedly in the grueling R2AK (Race to Alaska). In the qualifying leg from Port Townsend, WA to Victoria, BC he finished 40 minutes ahead of the rest of the fleet. He then led the race for three days until fatigue set in, requiring him to put finishing safely first. Still, he was the first solo finisher for the second year in a row and knocked more than 24 hours off his record-breaking 2017 win, also aboard Incognito.

Brown’s approach attests to his own grit and determination, as well as the durability of his Gougeon-built multihull. Solo sailing to Alaska required Brown to dock the boat in order to rest while boats crewed by more sailors passed him in the night. During the day he’d pass those boats. While team Sail Like A Girl took first place overall, Brown was the first solo finisher and came in well ahead of much of the pack regardless of crew size.

A few weeks later, the Gougeon-built Adagio took first place in Division III (multihulls) of the 2018 Bell’s Beer Bayview Port Huron to Mackinac Race sailing the Cove Island course. This 35’ trimaran was built by the Gougeon Brothers in 1971 and is widely considered to be the first all-epoxy-bonded wooden boat ever built. That it is still competing today speaks to the longevity of the cold-molded epoxy construction methods pioneered by the Gougeon Brothers in the 1970s. 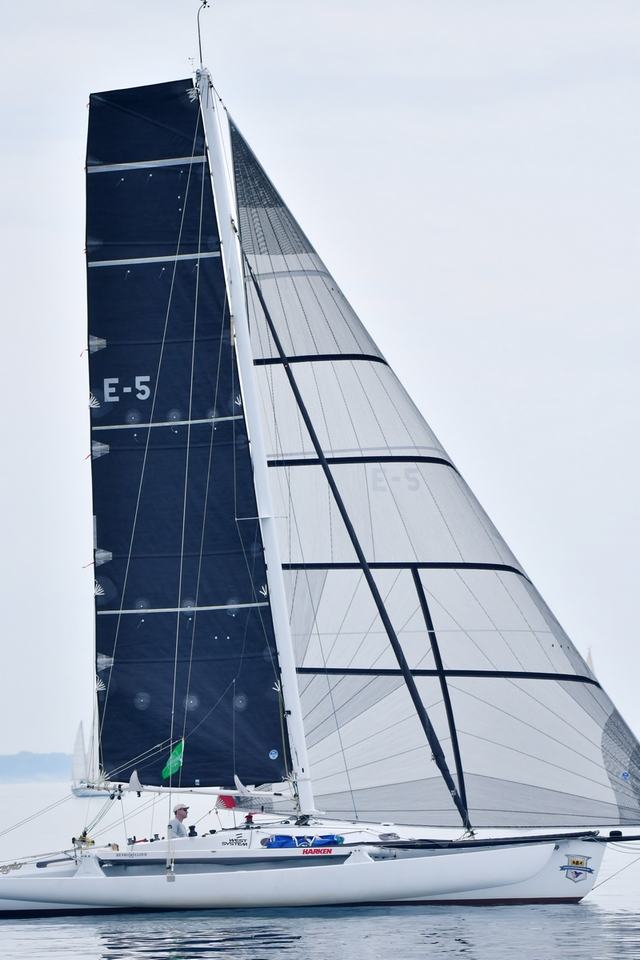 The Gougeon-built ADAGIO at the start of the 2018 Bayview Mackinac Race.

Adagio is owned by Alan Gurski and Ben Gougeon of Bay City, Mich. and skippered by Matt Scharl of Lawrence, Mich. Gurski and Gougeon crewed.

“At 47 years old, Adagio is still an incredibly fast boat,” Gougeon said. “Even by today’s standards, using modern building methods, it’s difficult to build a lighter, stiffer boat. The secret to her longevity and success is quite simple. Keep her sealed up tight with WEST SYSTEM Epoxy and constantly look for ways to add a couple of tenths of boat speed. Between our ongoing maintenance program and the awesome sails our friend Magnus Doole at North Sails, NZ designed for us, Adagio has taken first in her division on three consecutive PH-Mac races. The scary part is at almost 50 years she’s still getting faster!”