By John White of Fife, Scotland

When the first grandson arrives, any grandfather knows he now has the chance to fulfill the dreams he had as a boy. A Formula 1 racing car would do for starters. A small model purchased for £4 was the starting point. The car will be ready for his third birthday so plenty of time (or so I thought).

To mold the body parts, a plug was made from large lumps of wood. This took many hours of careful carving, sanding, and finishing to achieve a shape I was finally happy with. Once the plug was shaped, I faired it using WEST SYSTEM® 105/205 thickened with 410 Microlight. Then I coated the plug with several coats of WEST SYSTEM 105/205 to seal the wood and create a gloss finish.

Due to the shape of the plug, it was designed so that it could be separated into various sections. Separate lay-ups or moldings were made over the plug’s various body parts, which were then joined together into one final molding and faired to a suitable finish prior to painting. These body moldings were made using WEST SYSTEM epoxy and WEST SYSTEM Episize™ Glass Fabrics. The finished moldings were faired with WEST SYSTEM 105/205 thickened with 410 Microlight.

Over the course of the project, the building of a scale model Formula 1 Ferrari quickly changed from just making a child’s toy. The design and construction of all the mechanical parts became increasingly complex as did the fitting of them into such a small space. Therefore, the one piece of advice I can offer is that this model should have been to a much larger scale suitable for say a 6- to 10-year-old, which would have created much more space inside the moldings for all the electrical and mechanical components.

Many thanks must go to Richard Mace at Marine & Industrial LLP and Hamish Cook and David Johnston at Wessex Resins & Adhesives Limited. 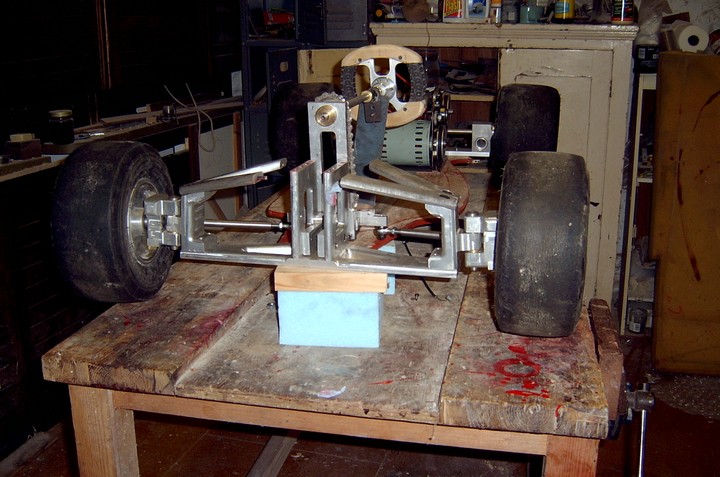 The Ferrari’s completed chassis prior to receiving its fiberglass body. 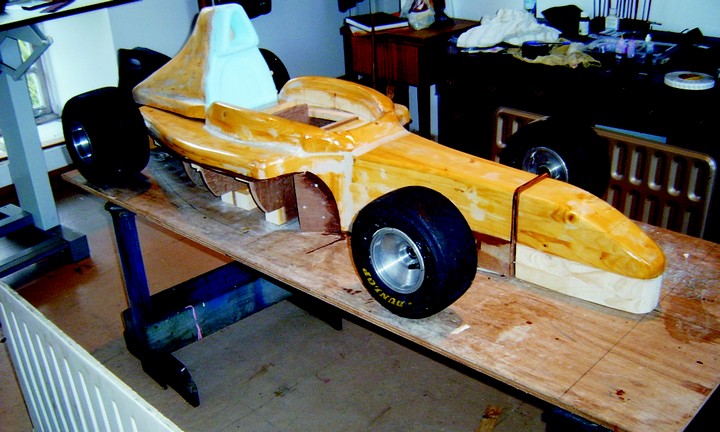 The scale model Ferrari’s plug was designed to come apart in sections. Epoxy/fiberglass body parts were laid up directly on the plug sections, then assembled and faired