I helped by brother Nelson with a different, smaller custom bar he built for a customer who comes from a long line of dairymen. His family has been in the business for decades. He has a little bar area in his garage where he and his buddies hang out and work on cars or watch their hunting blind videos while they have a couple of beers.

The bar is on heavy-duty wheels so it can be easily moved when necessary. He collected dairy memorabilia—old milk bottle caps and family photos which he wanted to be encapsulated in the epoxied bar top. 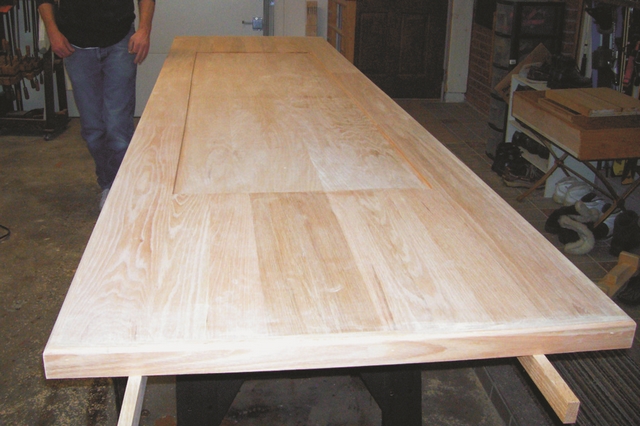 The oak bar top ready for a sealer coat of 105/207 Epoxy. Note the recessed center where the epoxy pour will go, encapsulating the memorabilia. 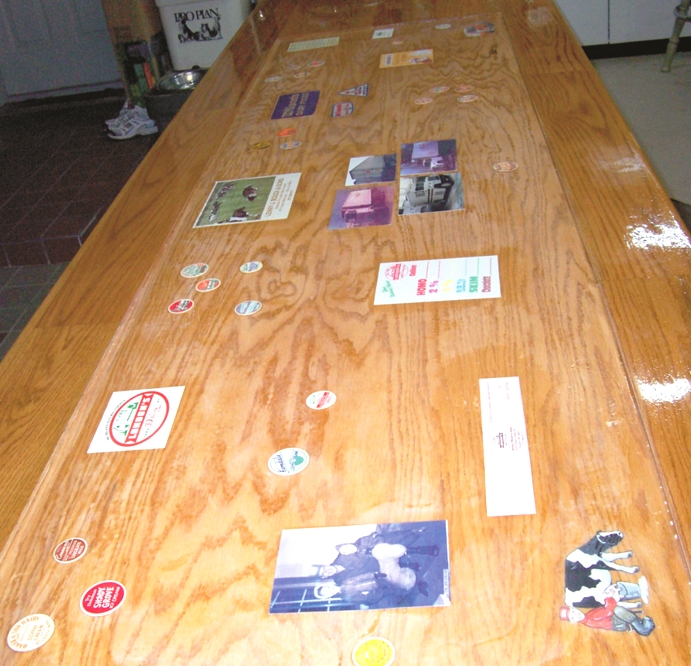 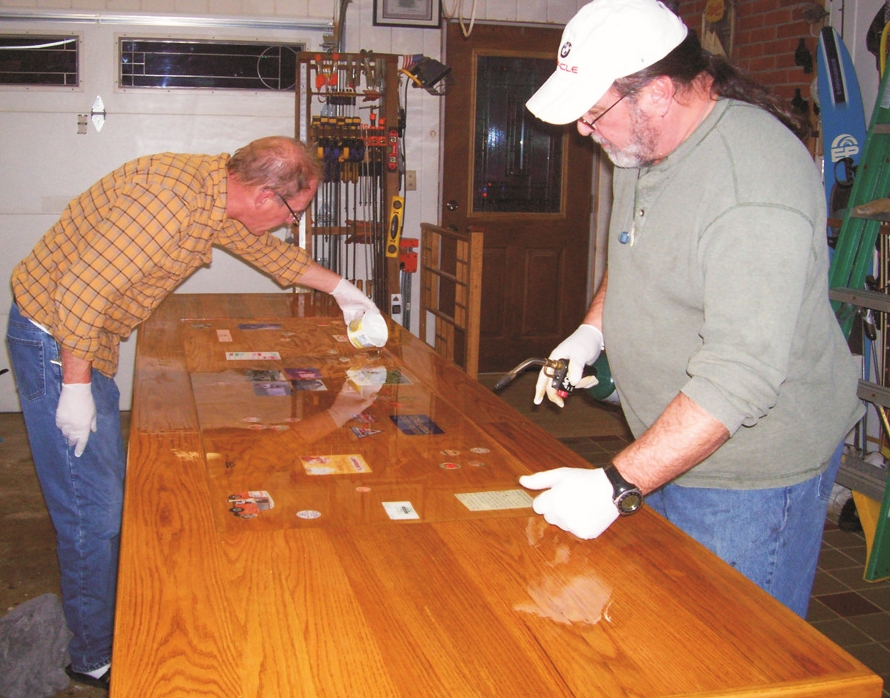 Nelson was mixing and pouring the epoxy on the bar top while Bruce chased bubbles with a propane torch.

We regularly get calls from customers attempting an epoxied bar top or similar surface with items encapsulated in poured epoxy. The photos explain the process we followed and some of the techniques for success.

We got started with one of us mixing and pouring and the other chasing bubbles with a propane torch. Because the recess was coated with two coats of cured and then sanded epoxy, we didn’t need to worry about bubbles due to the out-gassing of the wood. But it’s pretty much impossible to stir the resin and hardener without inducing some bubbles in the cup. One of the best ways to deal with them is with a flame treatment using a handheld torch. A heat gun won’t work—it’s not hot enough. You must use a flame held so it just barely touches the epoxy surface. Move the flame quickly—12″ to 16″ per second—you don’t want to scorch the epoxy. WEST SYSTEM epoxies don’t contain flammable solvents so this is safe, but be careful; the epoxy can ignite if the flame lingers in one spot too long. 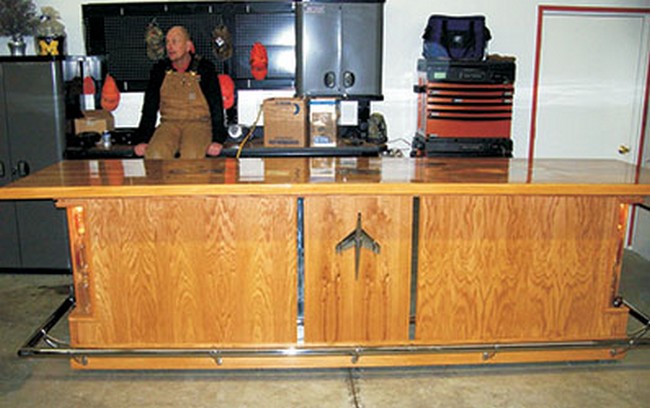 The back of the bar. An antique milk box serves as an icebox. 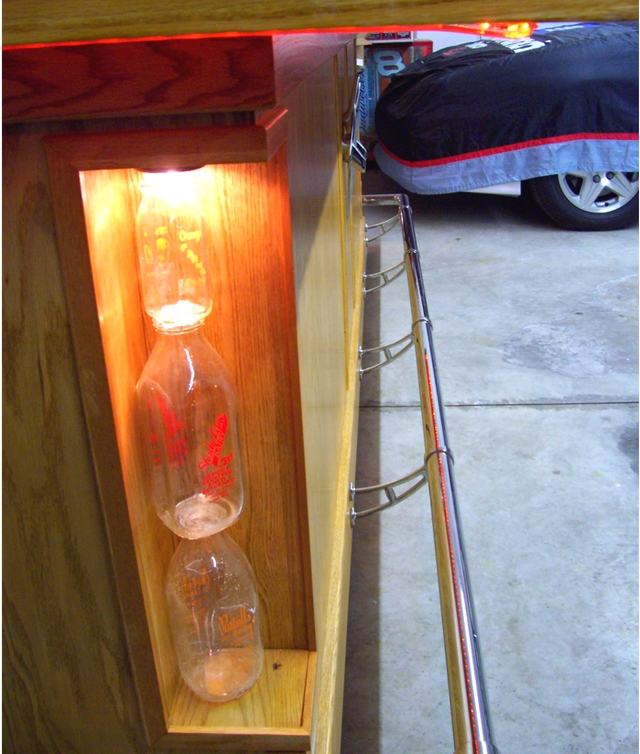 Lighted milk bottles are a unique way to decorate the recesses in the corners of the bar.

The recess was about 1/4″ deep and it took about 1 1/2 mixed gallons of 105/207 to fill level. We could have got the same result with a 1/8” recess and saved some epoxy bucks. The client brought in a couple of additional pictures after the first pour cured. We added them, then finished the pour. Those last two pictures look like they’re floating in the middle of the epoxy. They look more three-dimensional as a result—a nice effect for photos.