Wood inlay marquetry has been around for a very long time, and I am always looking for different ways to use epoxy. I have learned that it is possible to use a laser jet printer with a clear transparency film to print an image, then transfer that image onto a substrate coated with WEST SYSTEM Epoxy, resulting in the look of marquetry without all the cutting, fitting and craftsmanship. (Ink jet printers do not work with this process because the ink does not transfer to the transparency film.) The image could be a picture of a wood inlay or whatever you can imagine. Here is the process I have found that works the best.

Enjoy the new look you achieved. I recommend you experiment to get the technique down before attempting this process on your project. 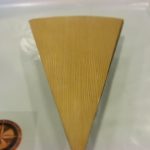 Wood surface sealed with epoxy and sanded before transparency application 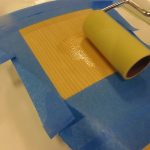 Second coating of epoxy with the area masked 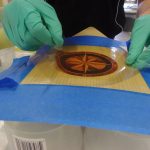 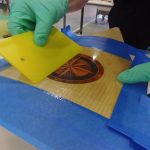 Smooth out the transparency to get rid of entrapped air bubbles 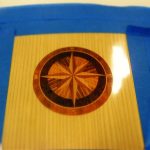