Just an hour after the hot air balloon took off from a quarry in Illinois, a helium cell in the balloon burst at 21,000 feet. Two hours later the 165′-tall balloon with its carbon fiber gondola landed in an Indiana cornfield. After bouncing and skidding across the snow-covered field, the capsule, with Kevin Uliassi safely tucked inside, snagged an irrigation rig, finally bringing it to a halt.

Uliassi commended the integrity of the capsule built by Ron Jones at Fabrication Specialties of Fife, Washington. He said, “The capsule, which weighs 280 lb., came through with minor cracks after supporting 16,000 lb. of fuel and equipment.” (Damage to the irrigation equipment was estimated at $25,000.) 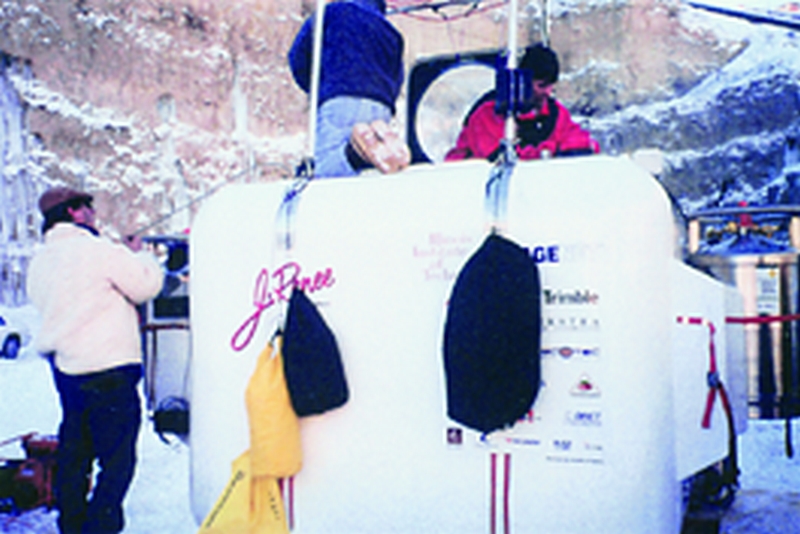 The 6’8″ x 4′ x 5′-high capsule, or gondola, was built of foam, carbon fiber, and WEST SYSTEM® epoxy. It was designed to house Uliassi, his navigation and communication equipment, and eighteen days of food water and oxygen. The capsule has characteristics of both a space capsule and a large picnic cooler. The 6″ thick high-density foam core is not only structural, but it also provides necessary insulation from the extreme cold at the balloon’s intended cruising altitude of around 30,000 feet.

He named the balloon “J. Renee” in honor of his wife. CNN quoted him as saying “She’s been working all this time to support us. And it’s a struggle. We’ve been getting by on very little.”

Following the launch, she said “It was a big adrenaline rush. This is great. I don’t like being away from him, but this is exciting.”

Uliassi’s longest balloon trip was a little more than 100 miles, and he hoped to be the first to make it around the world in a hot air balloon. He is planning a longer trip in working toward that goal. 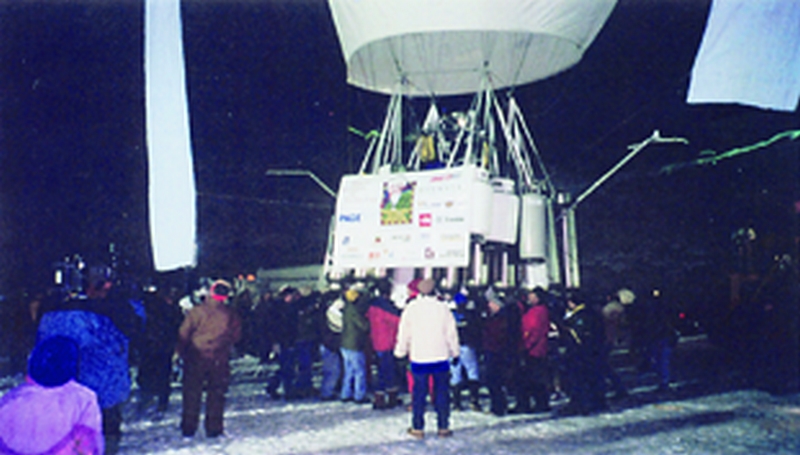 The 165′ high hot air balloon J. Renee just before take-off from an Illinois quarry in 1997.