On July 15th, 2006, a friend and I took my 1958 Flying Dutchman out for a sail in the Saginaw River. This was only the third time the boat had sailed in 30 years and the first hard sailing since my six-year-long restoration. We set both sails and made several runs in front of the Saginaw Bay Yacht Club before we hit something, maybe an old piling or maybe the freighter rudder that went missing the previous fall.

The Damage to my Flying Dutchman

The damage to the newly built tiller made of laminated 1/4” strips of mahogany and ash glued with WEST SYSTEM® Epoxy and 403 Microfibers testifies to the strength of the epoxy. The tiller fractured across several grain lines but never on a glue line.

The transom and rudder could have ended up on the bottom of the river. The flotation added last year was a good idea.

First I removed the remaining portion of the transom. The original builder made the transom sacrificial; it was fastened with small brads through the hull and glued to a frame. The only screws in the transom were those holding the gudgeons. 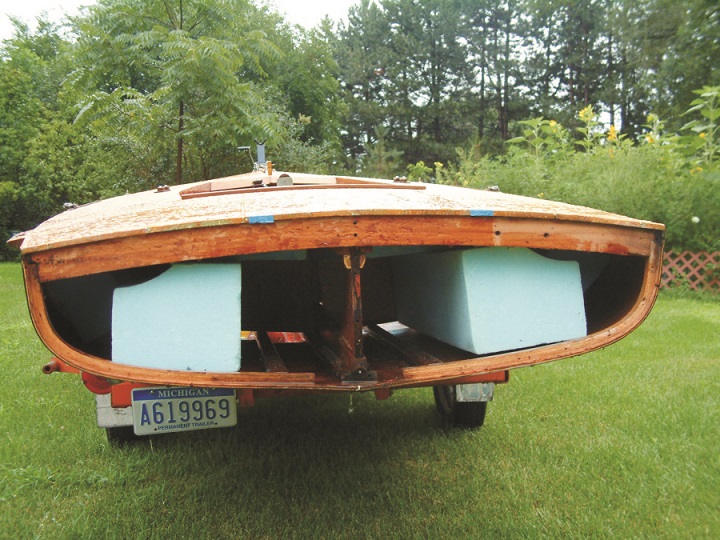 The remaining part of the transom was removed from my Flying Dutchman to reveal a nice solid frame. 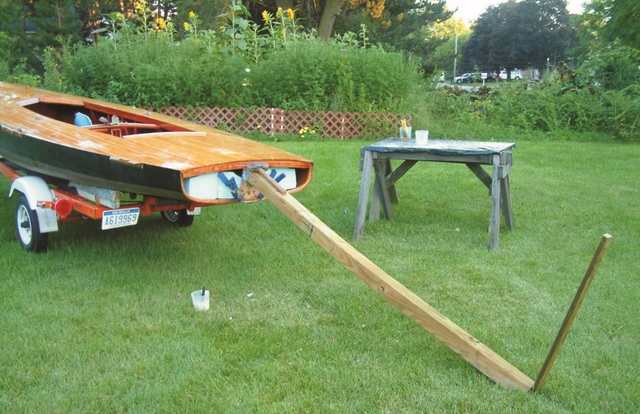 The Flying Dutchman’s transom gusset is clamped with a handy 4×4. 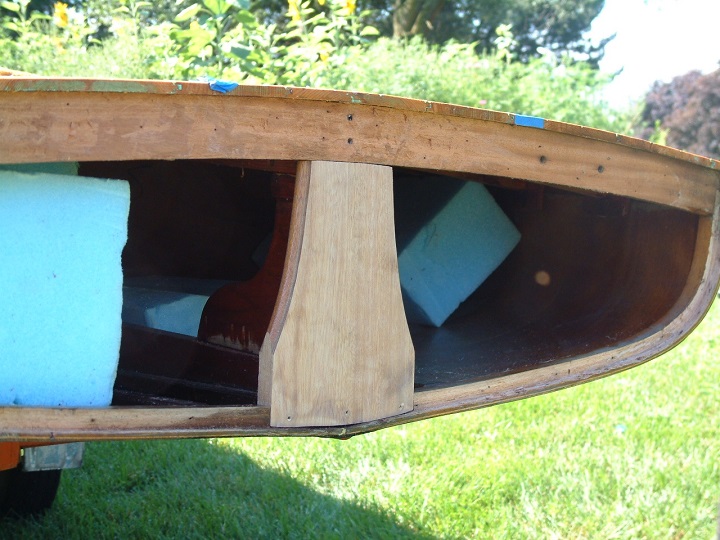 The newly shaped gusset glued in place on my Flying Dutchman.

The original transom was 9 mm mahogany plywood, the new one is 7 mm with 6 oz glass on the inside and 4 oz glass on the outside coated with several layers of WEST SYSTEM 105 Resin®/207 Special Clear Hardener ™

The transom was the glued in place with 105 Resin/205 Fast Hardener® thickened with 404 High-Density filler.

The new transom is glued in place, ready for new gudgeons and a new aluminum rudder.

The centerboard split at the pivot hole, and the smaller trailing edge remained in the trunk still attached by the bolt. In order to maintain the board dimensions, shape, and pivot hole position I taped the two pieces together and traced a pattern onto a piece of vellum. The centerboard was sawn forward of the damaged area and replaced with a 6″ × 3/4″ piece of mahogany.

The new section was dowelled and glued with 105/205 thickened with 403 Microfibers. The gouge on the trailing edge was filled with a wedge of purple heart, for valor under fire. The board was then planed to shape, covered with 4 oz cloth and several layers of 105/207 and varnish.

After a new aluminum rudder was built, FD US328 was soon sailing again.