Above: Robert Patenaude performs emergency rudder repairs with G/flex so he can get back into the regatta and take first place.

Robert Patenaude had ten miles left to reach the finish line in the Bermuda One-Two offshore race when a 30-ton whale hit Perseverance, his C&C 41, seriously damaging the rudder. Not content to drop out of the competition, he called on his racer friends to help him remove the 160 lb, 9′-long rudder from the boat while it was still in the water. He reasoned that if the contenders in the Puma or Vendee Globe races could make major repairs without dropping out of a race, he could too. 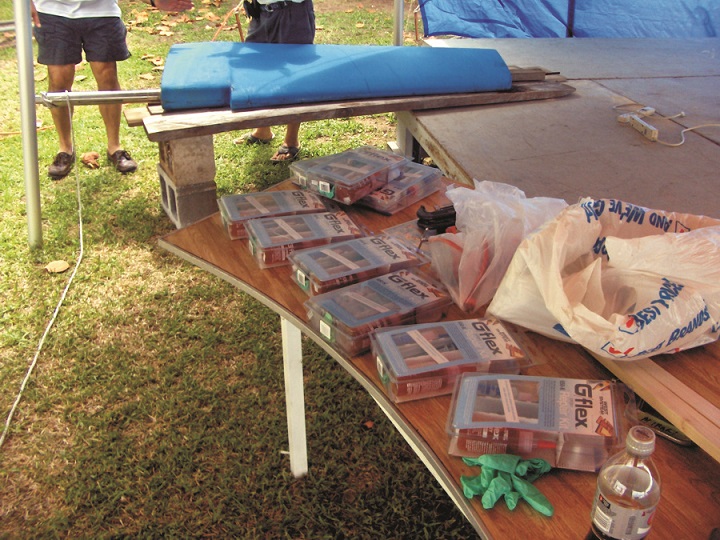 Some of the G/flex 650-K Repair Kits, donated for skipper’s bags, were re-donated for the emergency rudder repairs.

He took the rudder out in a slip at St.George’s Dinghy & Sports Club and began making the repairs under a tent. The rudder post was bent backward, so he cut a wedge off of the top of the aft end of the rudder and bolted the trailing edge of the rudder which was opened up by the hit. He then fixed cracks on both sides of the rudder with WEST SYSTEM Epoxy and fiberglass cloth. Even after three days of drying time, the foam core was still wet. He collected 12 of the sample G/flex 650-K Repair Kits (which we had donated for skipper’s bags) from his fellow racers.

G/flex is capable of bonding to wet surfaces. He added WEST SYSTEM 406 Colloidal Silica Filler to the G/flex, then used it to bond stainless steel bolts into the rudder.

The repaired rudder didn’t look fancy, but it was strong. He tested it at 25 knots in 8′ waves and it worked perfectly. He was back in the race in time for the leg that began June 18, 2009, and grateful to the friendly and generous racers who had donated their G/flex samples to him. He immediately emailed us, requesting that we replace their samples, and we were happy to do so. 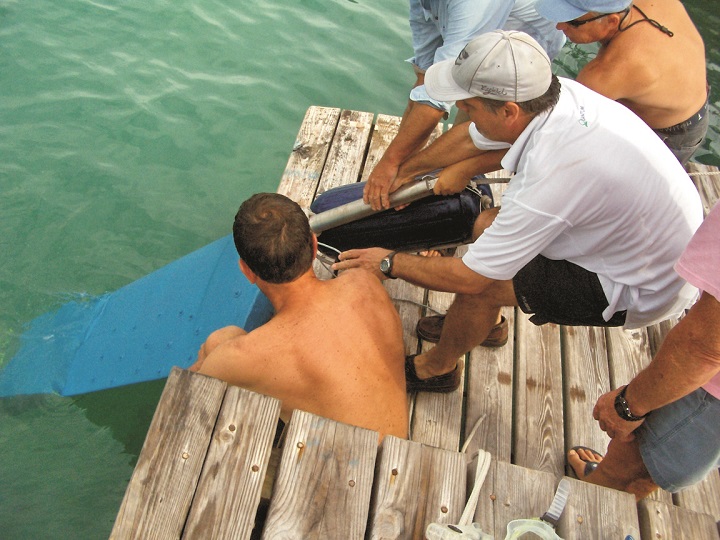 Pulling the 160 lb, 9′-long rudder onto the dock after it was removed from the boat while it was still in the water. 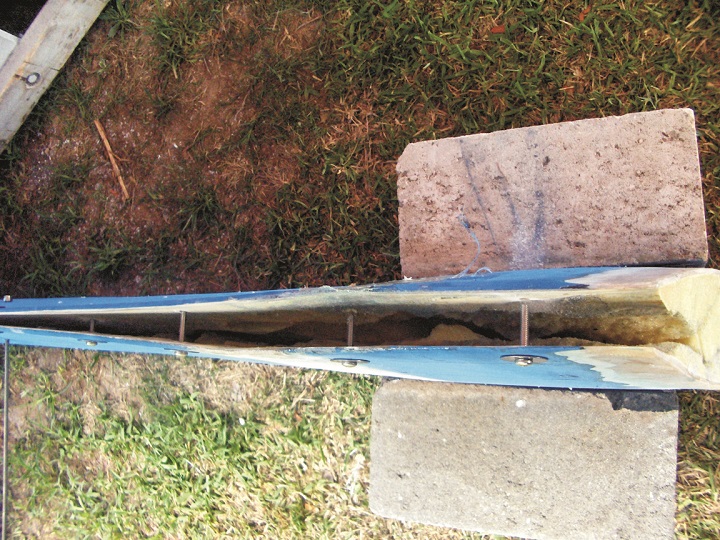 The trailing edge of the rudder was opened up by a hit from a 30-ton whale, necessitating emergency rudder repairs.

Two weeks later, he sent us an update. With her repaired rudder, Perseverance had endured two squalls with winds up to 40 knots and 9′-10′ waves, and in the Gulf Stream handled northeast winds of 20-30 knots, upwind, which meant a lot of stress on the boat and rudder. Yet Perseverance finished first in the race. 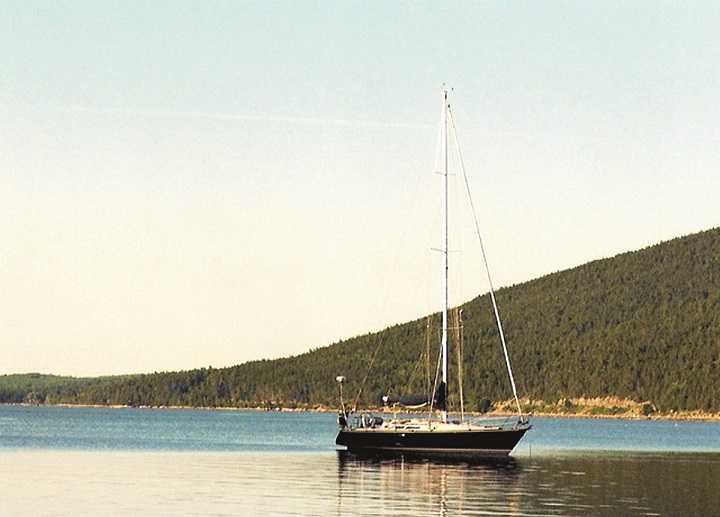 The C&C 41, Perseverance at anchor. After the emergency rudder repairs, she was still able to finish first in the Bermuda One-Two offshore race.