Meade and Jan Gougeon were inducted into The National Sailing Hall of Fame (NSHOF) in October of 2015. Meade and Jan, along with their brother Joel, founded Gougeon Brothers, Inc. in 1969. They were selected because of their pioneering work in the use of epoxies for boat construction, and because each is an accomplished sailor.

Meade is still sailing competitively as he approaches age 80; in July of 2015, he raced his trimaran Adagio in the Bell’s Beer Bayview Mackinaw race. Annually he competes in the 300-mile Everglades Challenge, a grueling race of small boats powered only by wind or muscle. He came in first in his class (sailing kayaks and canoes) in 2014.

Jan also sailed competitively from age 11 until shortly before his death in late 2012 at age 67. He dominated the DN iceboat fleet from 1971 to 2000, winning 11 national championships and four Worlds. He is the only member of the 2015 NSHOF class to be inducted posthumously. 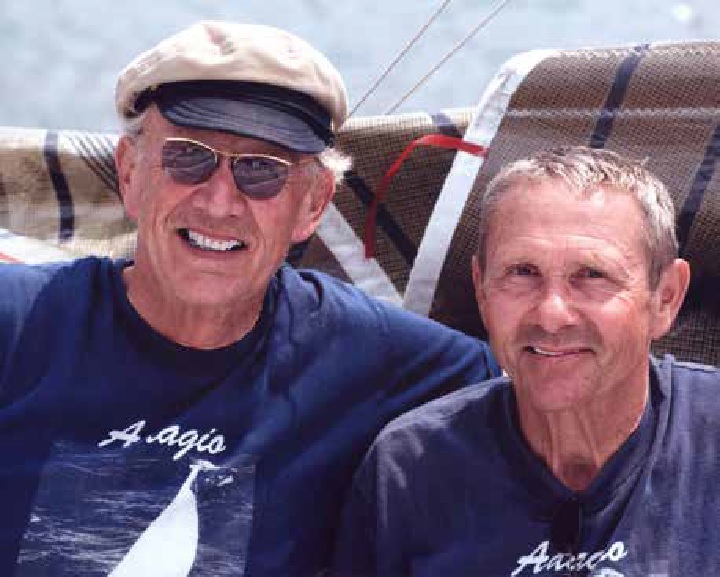 “The six members of the class of 2015 join 42 previously-recognized individuals as the National Sailing Hall of Fame continues to fulfill its mission by focusing attention on Americans who have made outstanding contributions to the sport of sailing,” said Gary Jobson, President of the NSHOF. “Those achievements – on-the-water, at a drawing board or in the administration of the sport – have inspired and affected competitive sailors and recreational boaters alike. By recognizing these contributors and sharing their stories, the NSHOF is preserving the history of the sport and its impact on American culture while inspiring the next generation of sailors.”

About the NSHOF:  The National Sailing Hall of Fame is a not-for-profit educational institution dedicated to: preserving the history of the sport and its impact on American culture; honoring those who have made outstanding contributions to the sport of sailing; the teaching of math, science, and American history; inspiring and encouraging sailing development; and providing an international landmark for sailing enthusiasts. The NSHOF has partnered with US Sailing and the U.S. Naval Academy and is associated with yacht clubs throughout the country, in its efforts to recognize role models of outstanding achievement. For more information on the NSHOF, visit:  www.nshof.org