Reusable Mixing Sticks are practical mixing, application, filleting, and cleaning tools that have found many places in our workshop and toolboxes, and we believe they will be in yours, too. The squared, beveled end reaches into the square corners of the 805 and 806 Mixing Pots for thorough mixing of epoxy and blending of fillers. It is also good for cleaning and removing the small ridges of uncured epoxy left from a filleting job. As a wedge, it can be used to “pop” parts off of a mold where other tools might mar the project. The opposite end of each mixing stick is rounded, making it excellent for shaping clean, 3/8″ radius fillets. 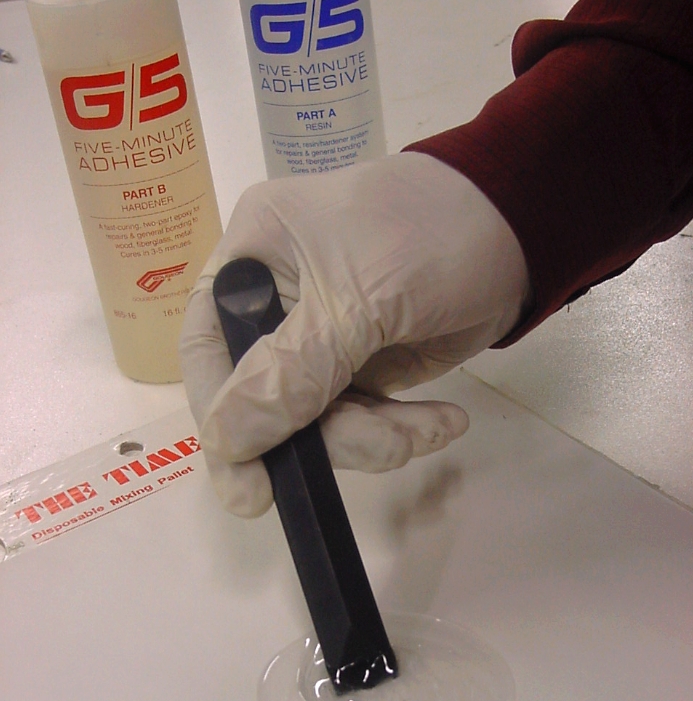 Reusable mixing sticks have many handy uses for working with epoxy.

The reusable mixing stick’s shape and bevel make it easy to pick up from a flat surface, even while wearing epoxy-coated gloves. Cured epoxy easily pops off the polished polyethylene surface, so the stick can be reused many times. Because epoxy won’t readily stick to the plastic, you can use the stick itself as a clamping face when you don’t want clamps or other materials stuck to a project, for example, when gluing scarf joints.

Let us know your “other uses” for these great, little Reusable Mixing Sticks and other epoxy-friendly application tools so we can include them in future editions of Epoxyworks. 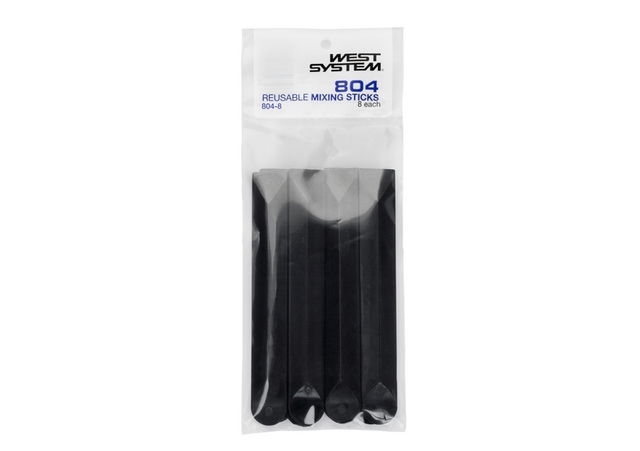 An 8-pack of WEST SYSTEM mixing sticks. They also come in packages of 60.