I frequently use WEST SYSTEM® Epoxy to make exterior repairs on our very old house, which is part stone and part wood. The stone sections date from 1842 and the “newer” wooden parts from 1908.

The fir thresholds at the south and east entrances to the elevated kitchen were easily damaged and heavily worn. One day, I had the bright idea to apply a lick of WEST SYSTEM Epoxy to seal the kitchen thresholds and protect them from further wear.

I also put a thick coat of pigmented epoxy on the front door threshold (see top image) when we installed a replica period door. The front door threshold is made of tougher wood.  With its epoxy coat, it endures the passage of bicycles several times a day, as well as occasional suitcases, clumsy and/or elderly relatives, winter road sand and grit, garden dirt, and so on.

There are no detectable scratches in the wood on any of the epoxy-coated thresholds despite a lot of traffic over several years.

I first used WEST SYSTEM Epoxy in 1976 when building my wooden Flying Dutchman, which is still sailing. I’ve been active in the DN iceboat fleet for 10 years and own one of Jan Gougeon’s DN masts made for him by Ron Sherry. At the raffle at the 2020 DN North American Championships in Montana, I was delighted to win a blue WEST SYSTEM flag. I display it from time to time when on the water, whether frozen or liquid. 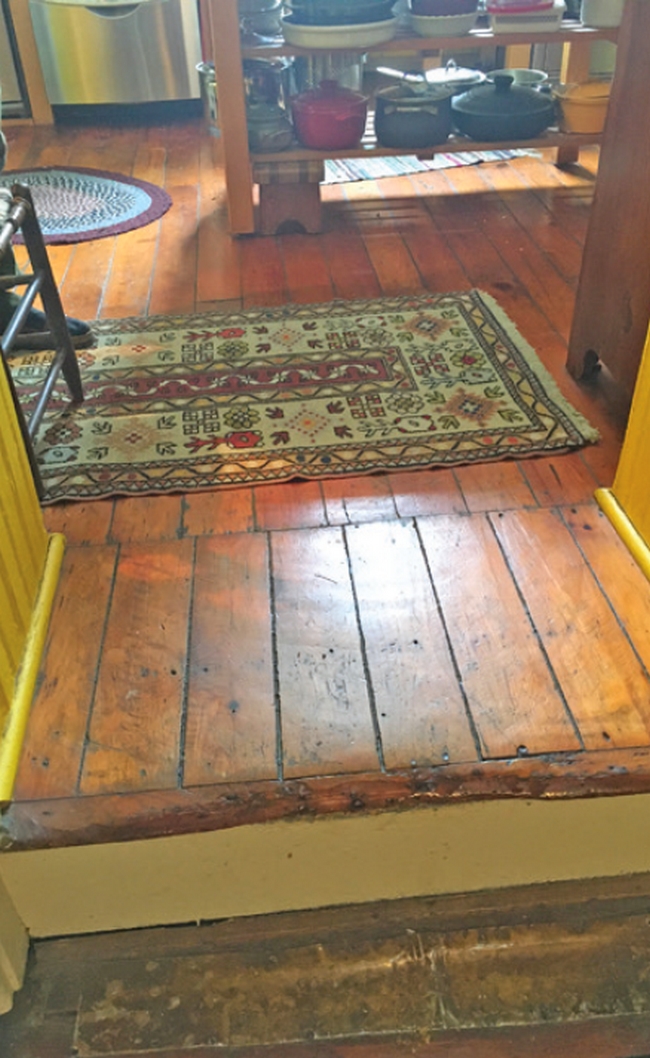 The kitchen threshold, repaired and protected with WEST SYSTEM Epoxy.