Paul Schreiter of Appleton, Wisconsin found the plans for this vintage speedboat in an old library book. The design is a 1936 inboard racer but powered by a 120 hp Mercruiser. Paul says, “I will go as fast as you want.” 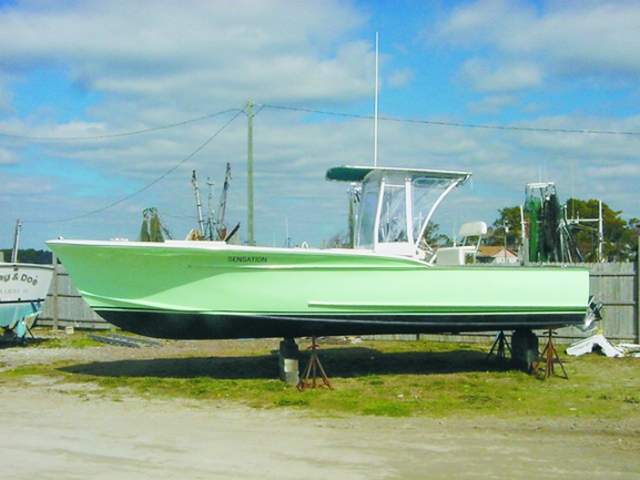 This 28′ sportfisherman was designed and built by partners Damon Coe and Jim Luxton of C&L Boatworks in Meherrin, Virginia. She is powered by a Volvo Diesel and has a top speed of 40 mph. The bottom and transom are marine plywood. The sides are laminated in balsa. The hull is covered inside with 14 oz. cloth and outside with 18 oz. cloth. WEST SYSTEM Epoxy was used for bonding and fiberglass application. C&L Boatworks custom builds 25′ to 61′ sportfisherman.

Stitch and Glue Construction with a Kevlar /graphite bottom 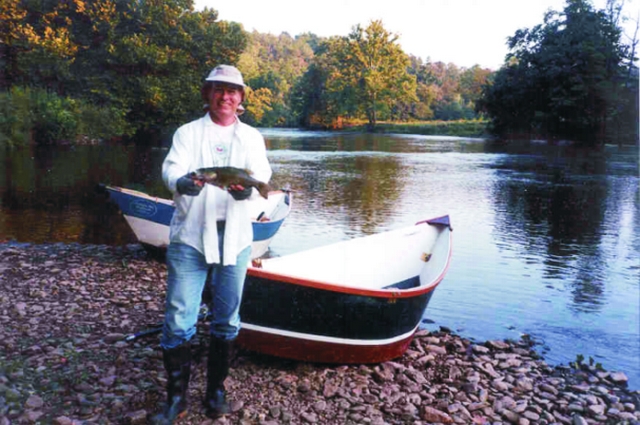 Robert Dalley fishing the Little Tennessee River in North Carolina. Designed for maneuverability and stability in whitewater, these dories float high in the water providing bottom clearance and an elevated casting platform. They are built using stitch and glue construction with a Kevlar /graphite bottom.

Cedar strip canoe built from trees harvested on his own property

Brue Alpart built this cedar strip canoe from trees harvested on his own property. He followed the plans for a 16′ Laker in Gil Gilpatrick’s Building a Strip Canoe. 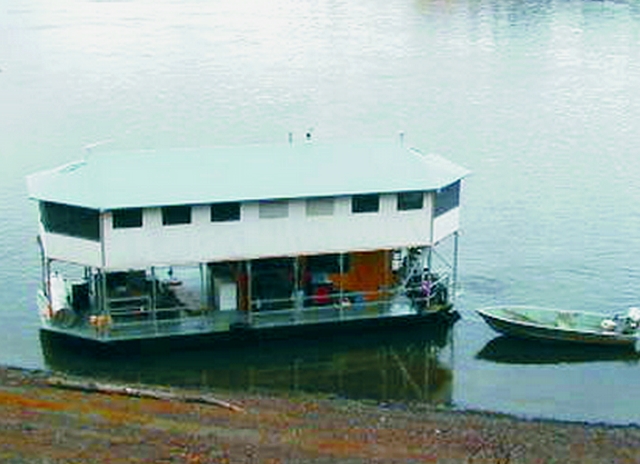 It’s a 45-foot, shallow draft camp barge used for housing, supporting and transporting survey crews along remote portions of the Yukon River and Tributaries. The hull is a trimaran, made from six separate hulls constructed of Siberian birch plywood with fir frames and WEST SYSTEM Epoxy. The decks and upper framing are extruded aluminum.

The entire vessel was built in 60 days by 4 surveyors without previous boat building or boat design experience. The vessel is completely self-contained to support two survey crews, a cook, field manager and chopper pilot for four months of wilderness living. It is equipped with sleeping rooms for nine people, showers, washing machines, and a water filtration system. And there is an auxiliary fuel tank to supply a small helicopter that often accompanies the barge. The barge is powered by twin Honda 130 HP outboards, with a draft of less than two feet. During the first summer of use, the barge logged over 2,500 miles of wilderness river travel.

The 18 Square Meter catamaran was built of 3 mm marine plywood, epoxy, and carbon fiber using Jon Lindahl’s plans as a guide. The 18′ long by 12′ wide cat weighs 290 lb. The hulls and daggerboard are skinned with carbon fiber and the mast and crossbeams are built of carbon fiber. 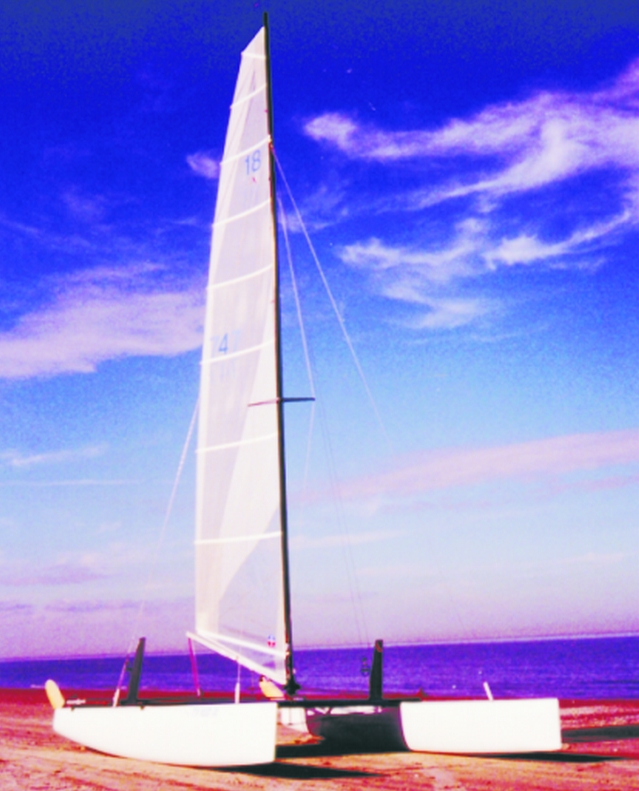