The Tartan Ten, Flags, sustained port-side core damage in a racecourse collision. The original repair, a simple patch applied over the damaged skin, was improper and ineffective. Within a short time, there was distortion and movement in the hull side at the repair area. Water penetrated the skin and saturated the core, which soon began to rot. A significant crack reappeared and even more water went into the balsa core. Eventually, the boat was nearly unusable. Once the work started to repair the hull, the decision was made to repair some wet core in the deck as well. The project quickly spiraled into a major undertaking. 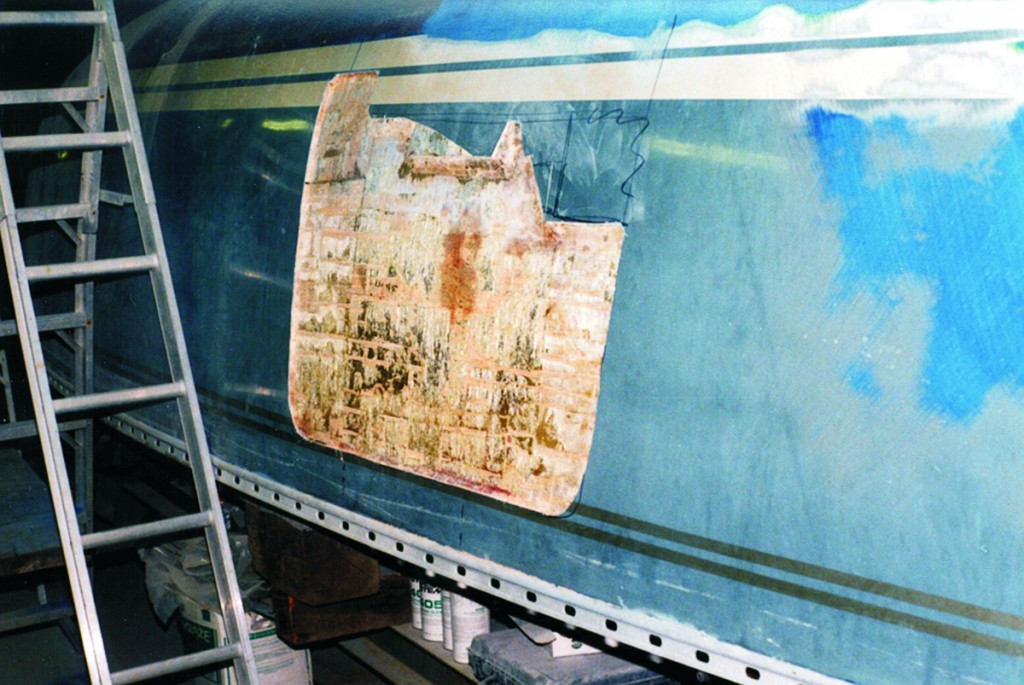 The Tartan Ten FLAGS is upside down and the outer skin and core have been removed with a router. 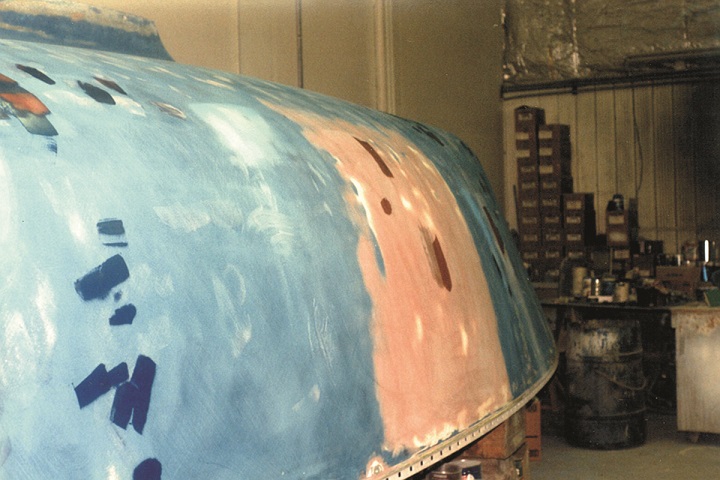 With new skin and core in place the repaired hull was faired before barrier coating and painting.

Flags was totally re-built by T&M Marine. This became a personal project and was fit in between other projects. The hull side core had to be removed and replaced in the area of the original damage and in the bottom of the hull. The hull skin was repaired and faired and the entire boat was painted. While the boat was upside-down, most of the deck core was replaced. This was much easier with the boat upside-down since gravity was now a help instead of a hindrance. Structural repairs were also made to the keel boss and keel floors to reinforce that area. All core replacement and glass laminating was done with WEST SYSTEM® 105 Epoxy Resin® and 206 Slow Hardener®. 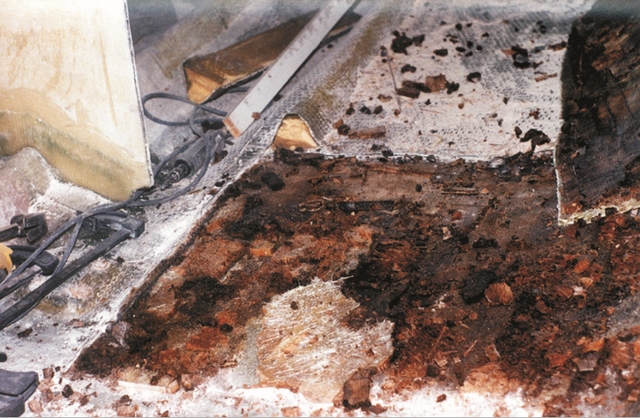 This project was a tremendous amount of work but the results were worth the effort. A project of this magnitude is not something to undertake unless there is a complete understanding of the scope of work to be performed. This project is a showcase for the suitability of WEST SYSTEM Epoxy for FRP boat repair. 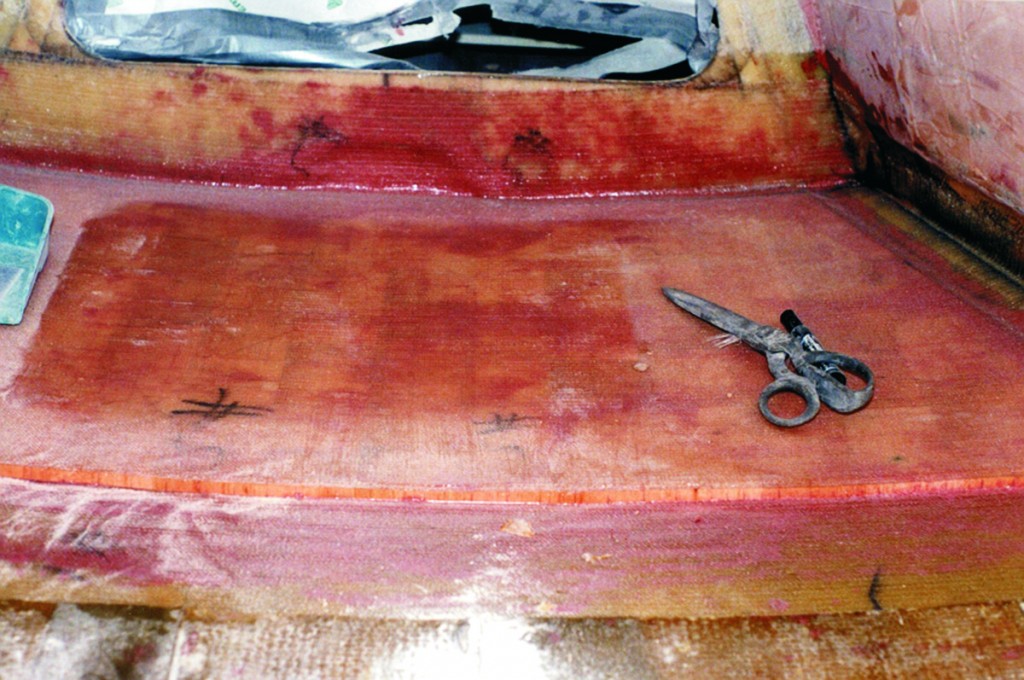 New balsa core and fiberglass skin were installed in the damaged areas. 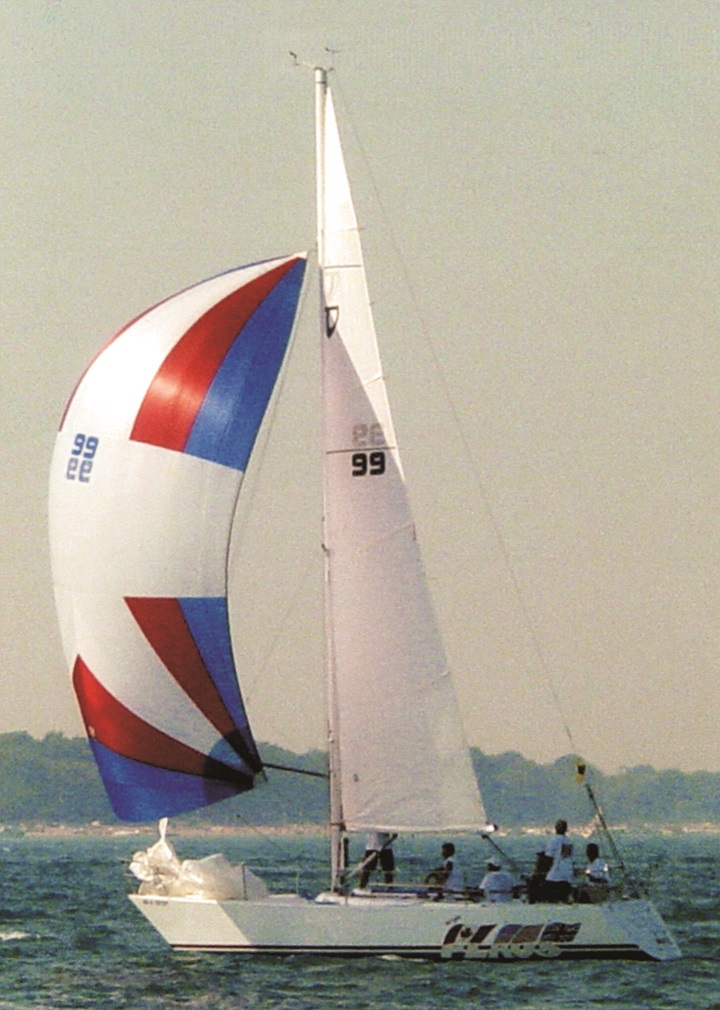 The Tartan Ten FLAGS sailing after the restoration.