The original wooden tender for the BO-PEEP II was also built by Defoe Boat and Motor Works of Bay City, Michigan in 1926. This tender needed a few repairs. Satisfied with the performance of the repairs done on BO PEEP II with WEST SYSTEM® Epoxy back 2001, I decided to use WEST SYSTEM in restoring the original tender in 2014. 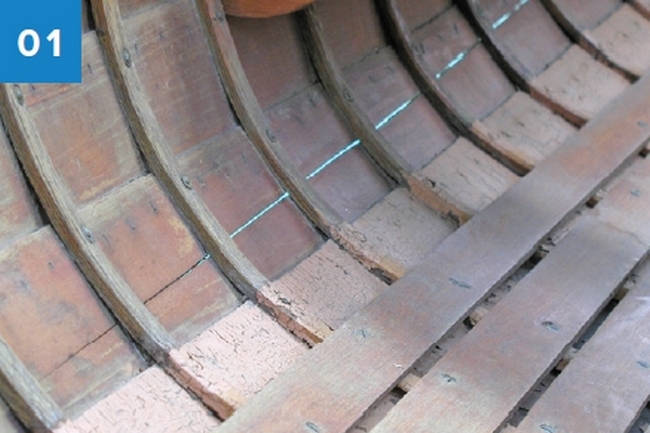 The planks were also checked and had long gaps, rendering the tender unseaworthy.

On the truck to Seattle, BO-PEEP II’s tender had suffered split planks in both bilge turns. The planks were also checked and had long gaps, rendering the tender unseaworthy. I made a uniform cut in each long split to clean out the damaged wood and inserted double overlapping graving pieces (sometimes called a Dutchman) with WEST SYSTEM 105 Resin®/205 Fast Hardener® thickened with 404 High-Density Filler. 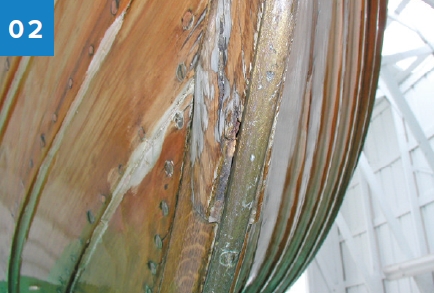 The original iron bolt in the oak stem had corroded and rotted the wood causing more small checks in the area.

The original iron bolt in the oak stem had corroded and rotted the wood causing more small checks in the area. I carefully cut out the bad wood with a drill and chisel. Only a small amount of good wood remained, leaving the mortise in an irregular in shape. I used several small blocks of wood like a three-dimensional jigsaw puzzle to fill this void. When the thickened epoxy cured, I shaped the repair and installed a 316L stainless steel bolt. 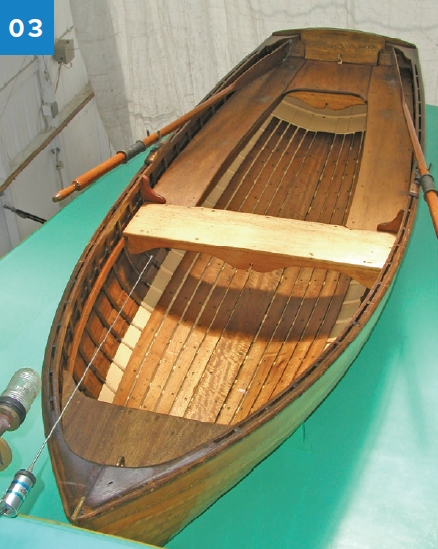 There were small checks in the planks joining the transom and keel. The keel had minor grounding damage. I simply reefed the checks slightly with my pocketknife and filled them with WEST SYSTEM 105/205 thickened with 404 filler.

The thin varnish on the outside hull was sanded off very easily. I used a furniture touch-up pen to darken all the white epoxy lines in my repairs. Then I applied two coats of 105/207. After this cured, I applied three coats of varnish. On the interior hull, I repainted the bilge its original color and applied several fresh coats of tung oil, which was the original treatment. 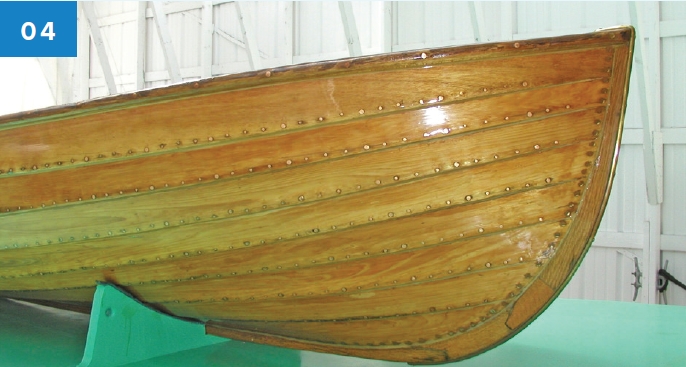