Strings, as unique as the man who designed it, continues to be a work in progress for us at GBI. In Jan Gougeon’s first year of sailing Strings, he noticed the boat felt sticky at times. He thought it might be the centerboards jibing too much and the solution might be an adjustment to lock them straight. The centerboards work as jibing boards by having two high spots on each side of a centerboard head creating the pivot point to get the boards to change angle, or jibe. The actual pressure from the boat going through the water and wanting to slide sideways gets the centerboards to jibe.

A centerboard adjustment to keep Strings’ centerboards from jibing seemed like a simple task at first. Then, as I contemplated the task, I realized that the centerboards have no true flat areas. They have a foil shape that goes through the water, and the head (top) of the board has both thick and thin areas enabling the board to jibe.

My first job was locating the centerline of each centerboard. Luckily for me, I could make out the parting line from building the boards; they were built in half and then epoxied together. Using this line, I leveled the centerboards so the parting line was the same distance off the table. For a project like this, it is important to have a flat table to work from. Another help is to have a tabletop level in all directions. Once the board centerline was parallel to the table, I used a level to make my modifications.

This proved to be the most time-consuming part of the centerboard adjustment project because I had to work around each board, slowly tapping in the wedges.

With the centerline of the board level, I focused on leveling out the areas that used to cause the board to jibe. Once again, I used wedges to achieve a level plane. For this, I mixed about three pumps of 105 Epoxy Resin and 206 Slow Hardener with 404 High-Density filler. (The resin and hardener happened to have our quality control dyes in them; yellow for the resin and blue for the hardener made green.) Once the mixture reached a peanut butter consistency, I added it to the board. I used the level to keep a straight plane on the top edge of the board. This process was repeated to level out the area at the bottom of the head. 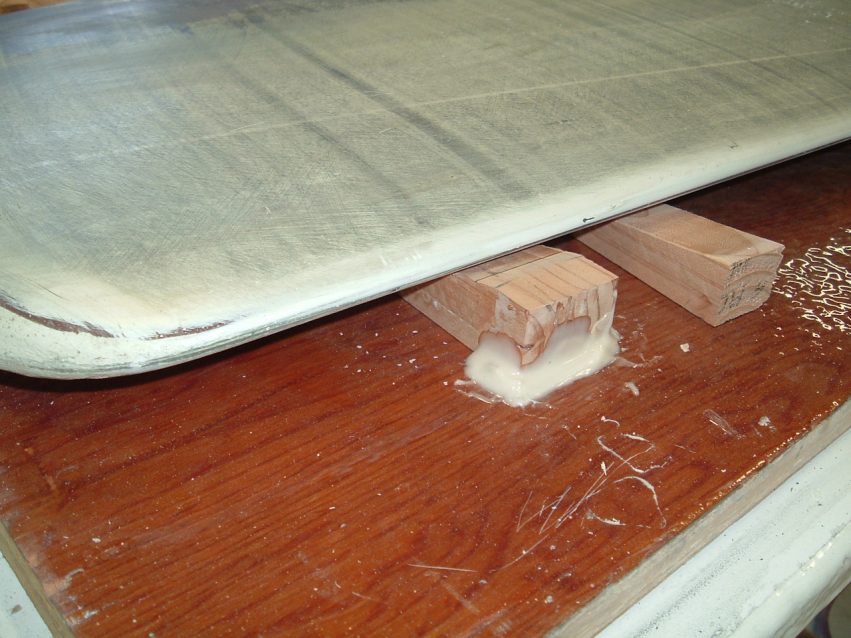 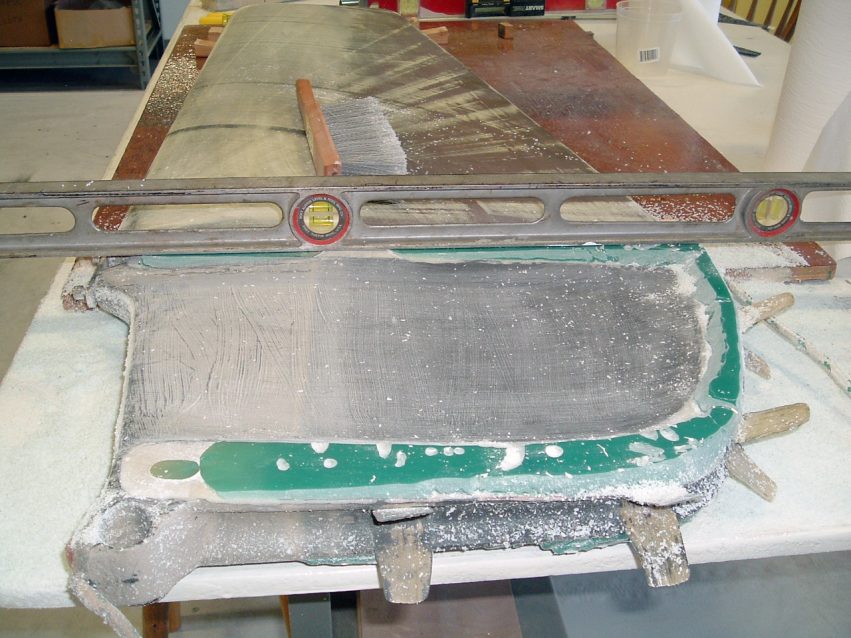 Leveling the top edge of the centerboard. 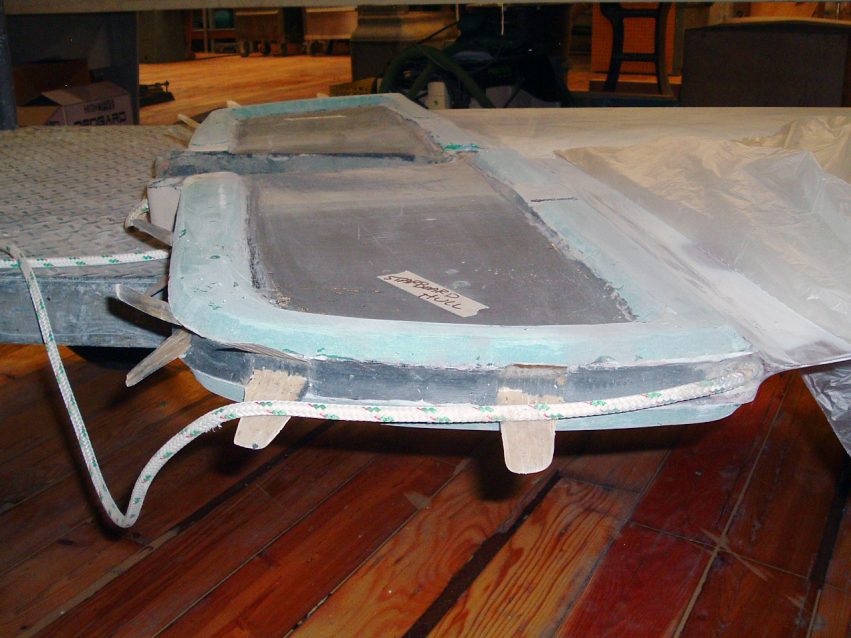 The tapered edge of the centerboard. 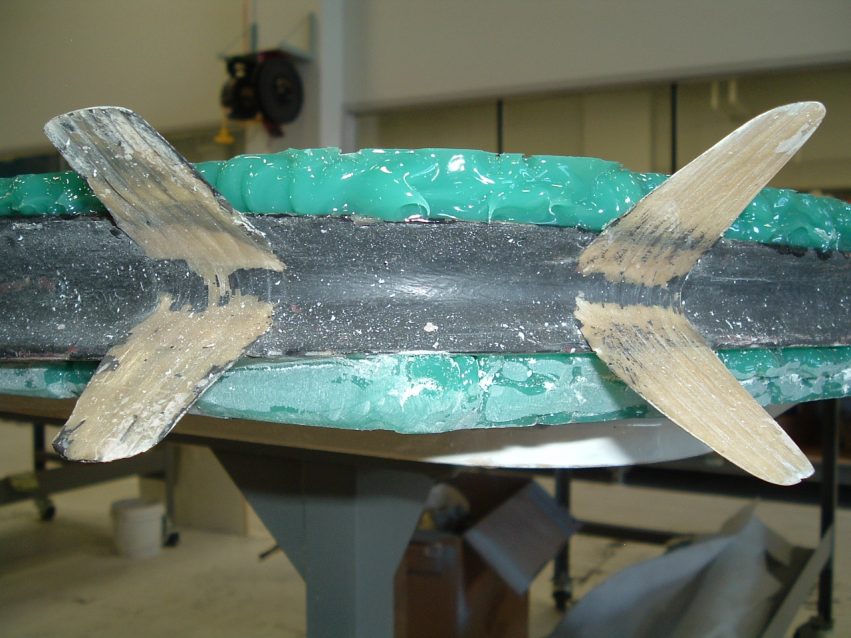 The trailing edge of the adjusted centerboard, now complete

Once I had at least four areas that were in a level plane to one another, I used a glass plate to provide a flat surface to rub against the centerboard trunk. This process gave me a level area around the head of the centerboard. I repeated the same steps on the other side of the centerboard. In lieu of a glass plate, a piece of plywood or metal with plastic on it could be used. The plastic allows for easy removal of the plywood or metal from the epoxy. With glass, it is also a good idea to wax the mold surface to make sure it will come apart.

There was always one thing in the back of my mind: I needed the adjusted centerboards to fit back into the centerboard trunk when the project was complete. To ease my mind, I made a jig to slide over the top of the centerboards the same size as the trunk. Thankfully, they fit fine when they were re-installed on Strings.