Above: The plywood/epoxy sump cover, created by Richard Jobe. It will be buried under pea stone but we think it’s pretty nice looking nevertheless.

Richard Jobe was faced with having a sump located in the middle of a prominent landscaped area in front of his Newburgh, Indiana home. His solution was to build a sump cover out of plywood and epoxy. This way it would be light enough for one person to handle, strong enough to hold the weight of half a foot of pea stone, and water-resistant enough to survive being buried under landscaping.

He made the sump cover from one sheet of ¾” plywood, epoxied together and well coated with WEST SYSTEM® 105 Resin®/207 Special Clear Hardener®.  The sump will be mostly hidden under the landscaping but readily accessible, when necessary, by raking back the pea stone. 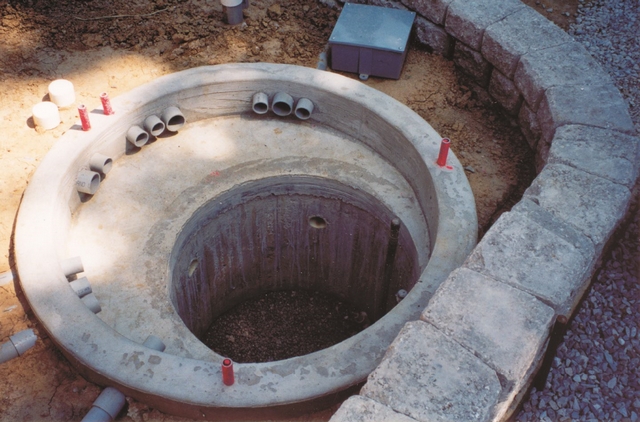 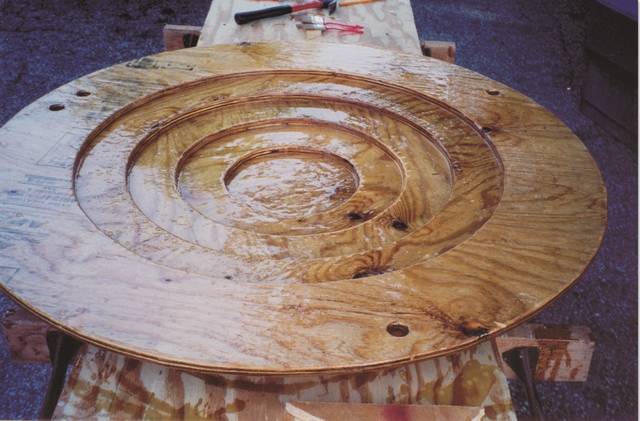 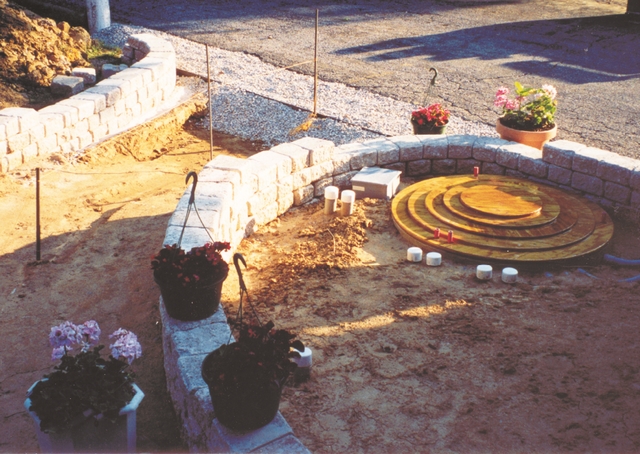 The completed sump cover. It will be under pea gravel and obscured by landscaping.

Epoxy coatings that will be exposed to sunlight need to be protected, as ultraviolet light will degrade epoxy over time. Richard’s plan to rake pea stone over the sump cover is sufficient to shade the epoxy coating from the sun’s UV rays. An alternative would be to paint the epoxied surface or apply a UV-protective varnish over it.