A Baidarka-Style Kayak in Detail

I built my kayak THERAPY after I fell in love with the North Star baidarka-style kayaks developed by Rob Macks of Laughing Loon Custom Canoes & Kayaks in Maine. But when I tried one out, the cockpit was too roomy for me. So, I bought plans for the smaller Fire Star. When I realized it was going to be smaller than I wanted, I put the Fire Star plans into my CAD program and blew it up proportionately to be halfway between the two models.

My inspiration for the bow piece was an image I saw online of an Inuit-style bird looking back over a baidarka’s bow. Instead of a bird, I used my 15-year-old Siberian Husky, Boz. I experimented with having him face forward, but the lines of the boat dictated that he face me. Plus, this way my guardian angel can keep his eyes on me.

The design for the woodwork started with red and white cedar, recommended because they are readily available, lightweight, and easy to bend. I added Alaskan yellow cedar and mahogany because they reminded me of beautiful old lake boats with teak and holly decks.

Six years of working on this project gave me plenty of time to search the web to see what others were doing with baidarka-style kayaks and borrow their fabulous ideas. I wish I could take credit for all the little details on the boat, but the majority are refinements of things I have seen other builders do.

To give myself the motivating pressure of a deadline, I signed up for the “I Built It Myself” exhibit at the 2011 Wooden Boat Show in Mystic, Connecticut about six months ahead of the show. I finished the boat on the Thursday before the show. The big surprises were people’s reactions to Therapy, followed by winning Honorable Mention in the “I Built it Myself” exhibit and then winning Outstanding Innovation as part of the Concourse d’Elegance judging. Even THERAPY’s Compass has it’s own special spot. 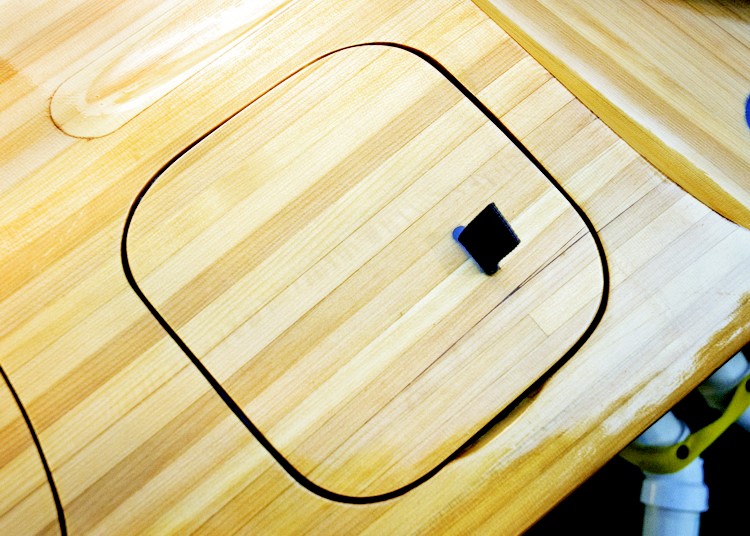 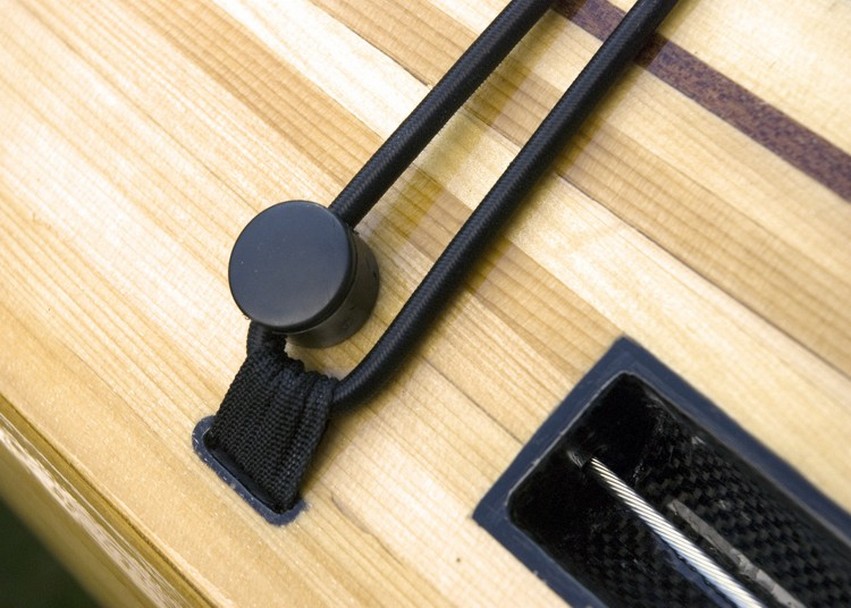 THERAPY is a perfectly built baidarka-style kayak down to the smallest detail.

My wife was wonderful in putting up with me for the past six years while I worked on THERAPY. While I do some much needed work around the house, I’ll be thinking about what to build for an encore.