Every now and then it is good to look back at an epoxy project to see how it has held up over several years. Above is a photo of the western red cedar fence I built in the summer of 1998 (as it looks today) and below, the fence as it looked during and just after construction five years ago. This fence uses no nails, screws, bolts, etc. to hold it together. Only WEST SYSTEM® Epoxy holds the spindles to the rails and the rails to the posts. Now after five years of Michigan summers and winters, I can attest that there is no rot in the fence, nor have any of the spindles fallen off. There is no finish on the western red cedar so it has weathered to a dirty silver color.

I originally had the idea of epoxying the fence together because of the number of fences I had repaired when I was doing contractor work for a living. Every wooden fence I replaced or repaired had rotted either where the post entered the ground or where a nail or screw was driven through the wood. It does not matter if the fences are painted or not; they still rot where there is a place for water to enter the wood. 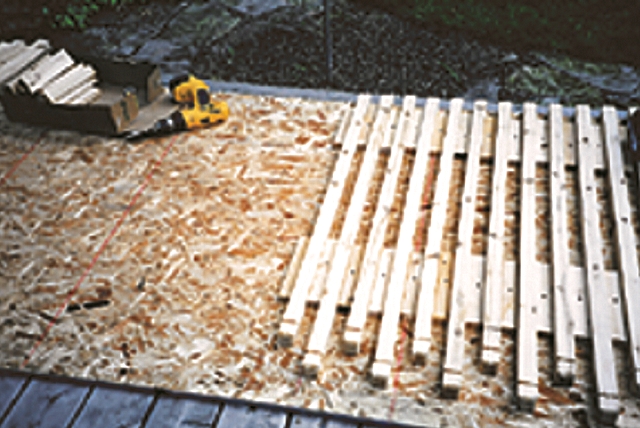 The jig used to build the fence.

I reasoned that if there were no holes, there would be little rot in my cedar and epoxy fence. So far this has been the case. One additional trick I used was to coat the fence posts with epoxy—not all over—just a stripe one foot or so wide where the post enters the ground. This is where fence posts rot and break because this is the point where the post is continuously in contact with moist soil and also has oxygen available. Above this stripe, the wood is able to dry out and does not rot. Below this stripe, the wood stays wet, but there is not enough oxygen to support the growth of the rot fungus so the wood cannot rot there either. By coating the post with epoxy in this area, I reduced the amount of oxygen and moisture able to enter the wood, and, so far, no rot is evident. 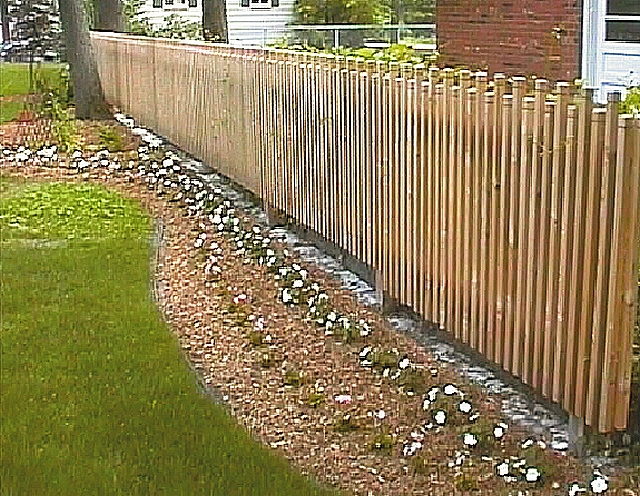 Cedar and epoxy fence just after completion in 1999.

If you are interested in how I built this fence, see Fence and Gate Construction in Epoxyworks 14.