Having thought about constructing a nice custom lantern post for many years, I was inspired when I read an article in Woodenboat Magazine about building hollow spars with “bird’s mouth” joints. Having a pile of red cedar drops from other projects I came up with the design of using two staved sections connected by a turned collar of the same material.

I used WEST SYSTEM105 Epoxy Resin® with 206 Slow Hardener® which allowed the time required for careful assembly. All joints were coated with unthickened epoxy allowing for absorption into the soft cedar. Epoxy mixed with 406 Colloidal Silica was used for all joints in the project. Once all work was assembled and cured a generous coat of epoxy was brushed on the entire post. Any area that had a higher absorptive rate was continually coated until full saturation was achieved. Once fully cured the surfaces were scrubbed with water and a Scotch Brite™ pad to remove any blush. Final sanding of all surfaces revealed a perfect surface for paint. A coat of oil-based house primer was applied followed by two coats of solid body oil stain. 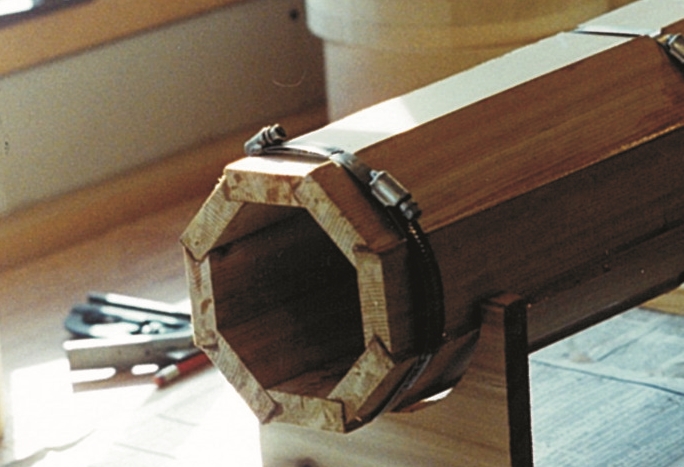 The bird’s mouth joints are visible in this end view of the custom lantern post.

Hose clamps held the custom lamppost staves together while the epoxy cured. 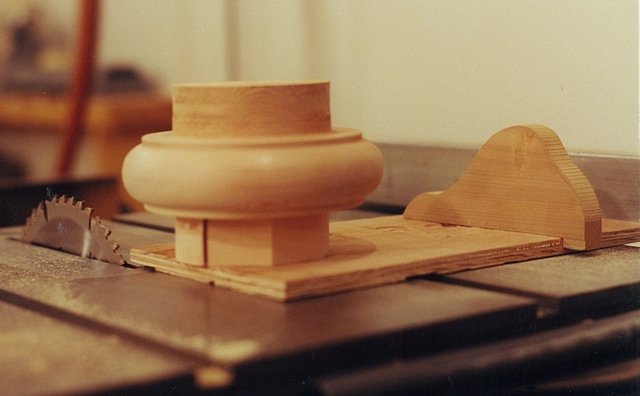 One of the two turned collars that were used at the base and between the upper and lower lantern post sections. 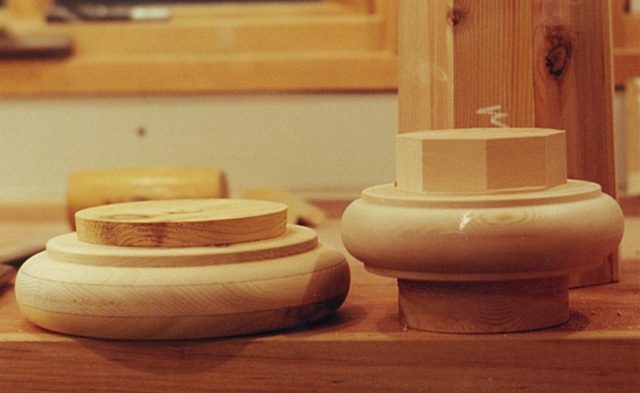 The upper and lower turned collars. 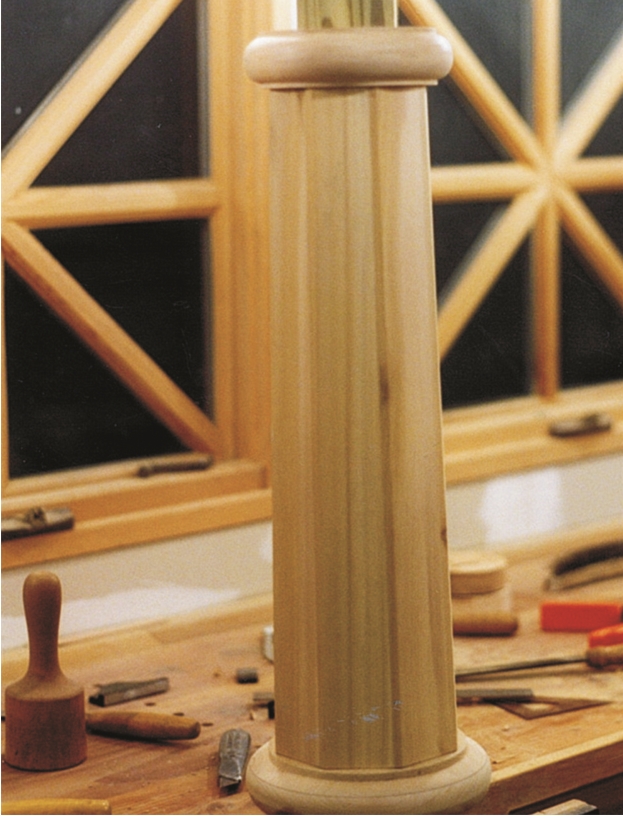 Turned collars provide a base and separate upper and lower sections of the custom lantern post. 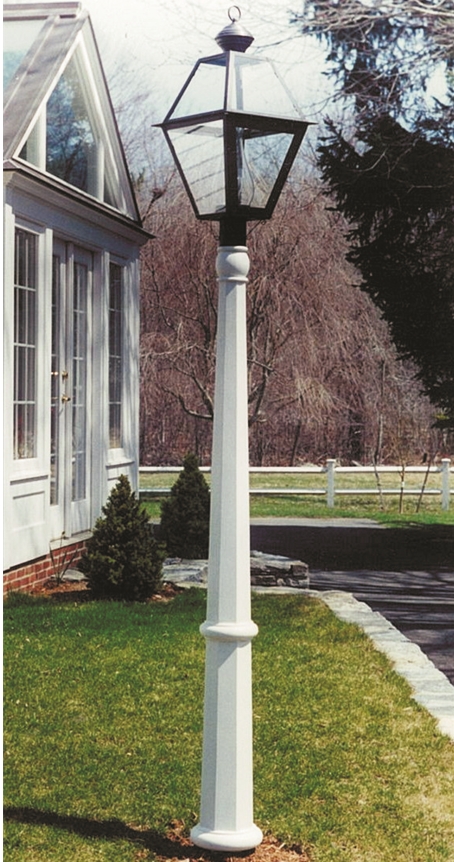