Above: The pool pump repair was 100% effective four months later.

Barry Bew, a sailing instructor at Arethusa Venture Centre, Gravesend, Kent, UK, used his experience as a plant engineer to make an emergency repair to a swimming pool circulating pump. The pump was leaking at joints between the 3″ ABS plastic inlet and discharge pipes and the cast iron pump body. 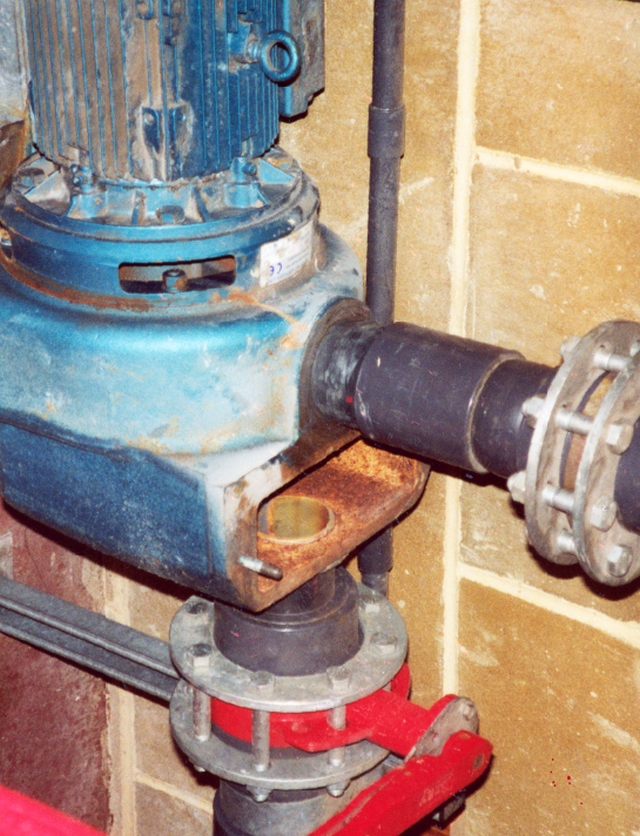 The pool pump needed repairs where it was leaking at the joints.

Barry first applied a small fillet, with a minimum amount of filler added, around the joints. After the small fillet gelled, he applied a larger, thicker fillet around the joints. He allowed the epoxy to cure for 72 hours, keeping the cast iron warm with a fan heater, before pressurizing the joints. The pump’s output pressure is 15 psi. Barry reports the repair was still 100% effective four months later.