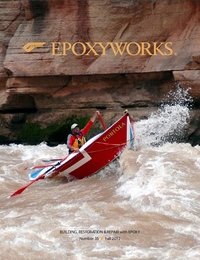 Cover Photo: Greg Hatten battles white water on a trip through the Grand Canyon in his replica wooden dory, PORTOLA.

On March 21, 2012, river runners from five western states, Canada, Japan and Chile launched five homemade wooden dories, replicas of important historical designs, in an attempt to complete a 24-day self-guided traverse of the Colorado River through Grand Canyon. The replica boats represented a snapshot of river running in Grand Canyon during the 1950s and 1960s, just before Glen Canyon Dam took control of the Colorado River through Grand Canyon.

I built one of those wooden dories: the 1962 Portola, originally built by Keith Steele for the Martin Litton/Brick Mortenson/PT Reilly trip of that same year. It was one of the last trips to experience the Colorado River in its wild state before the Glen Canyon Dam was completed in 1963. 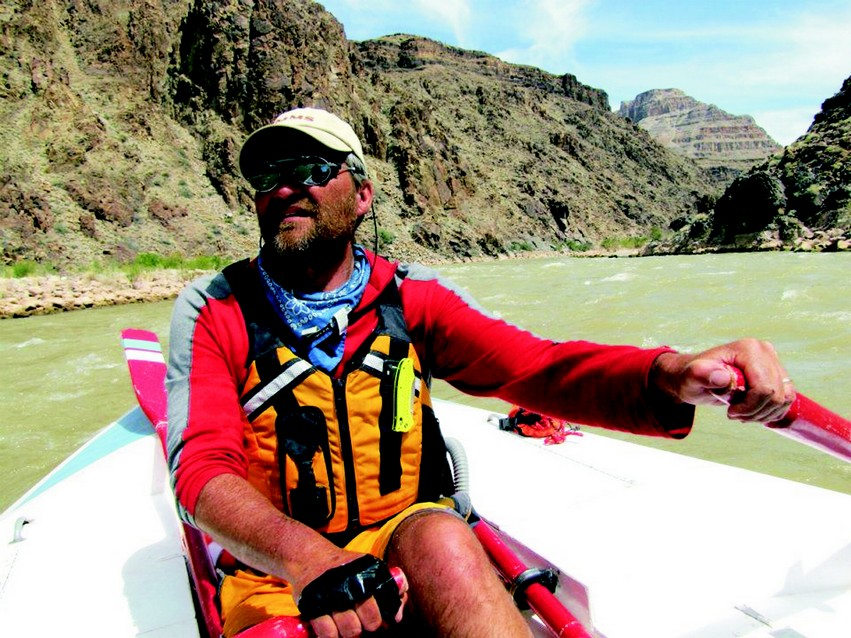 Hatten keeps his eyes open for the next rapids on a trip down the Colorado River.

My objective was to replicate Portola from the building material to the paint scheme to the oar length. Even though Portola vanished years ago in a fire, the Susie Too (with an identical hull) survived and is on display in the Grand Canyon National Park. With a line-drawing from the Susie Too and more than 50 pictures of the finished Portola, I went to work with over 8 months to complete the dory and launch it on the Colorado River.

Having built a McKenzie-style drift boat a few years ago, I turned to my favorite techniques and brands for this historic project. Because the Colorado River puts an enormous amount of pressure and stress on every boat, high-quality materials are essential. The only brand of epoxy I even considered using was WEST SYSTEM®, and Six10® Thickened Epoxy Adhesive worked extremely well. 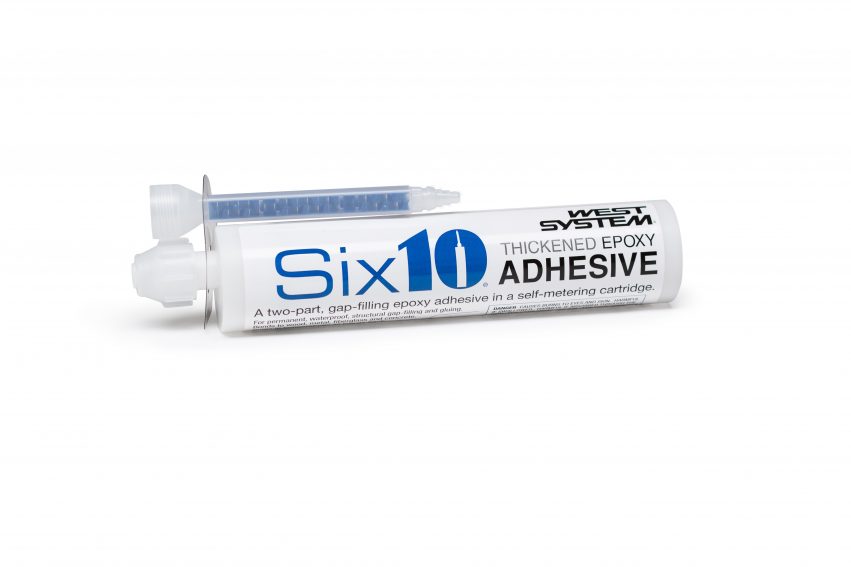 Somehow, even with all that time, the deadline crept up on me. The paint (not the epoxy) was still drying as I pulled the boat out of my Oregon driveway and headed for the Colorado River. Trailering the boat over 1,200 miles across four states was made even longer knowing my “untested” Portola would have to withstand some of the biggest whitewater on the planet for almost 300 miles on her maiden voyage. 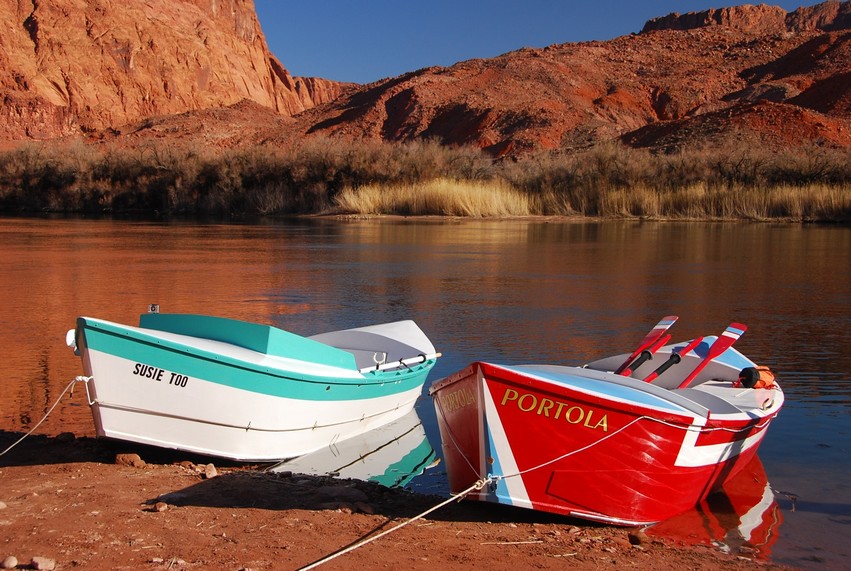 I held my breath as I backed it down the boat ramp at Lee’s Ferry. It floated off the trailer and continued to float for the next 24 days. After a few “get-acquainted” close calls and a few riverside repairs, we worked well as a team. In 1964, they referred to these boats as “monsters” until they had them on the river and found out how responsive and nimble they were in big water. I continued to hold my breath, however, through Hance, Crystal, Bedrock, Lava, and many other rapids as waves of water covered me and Portola several times a day. 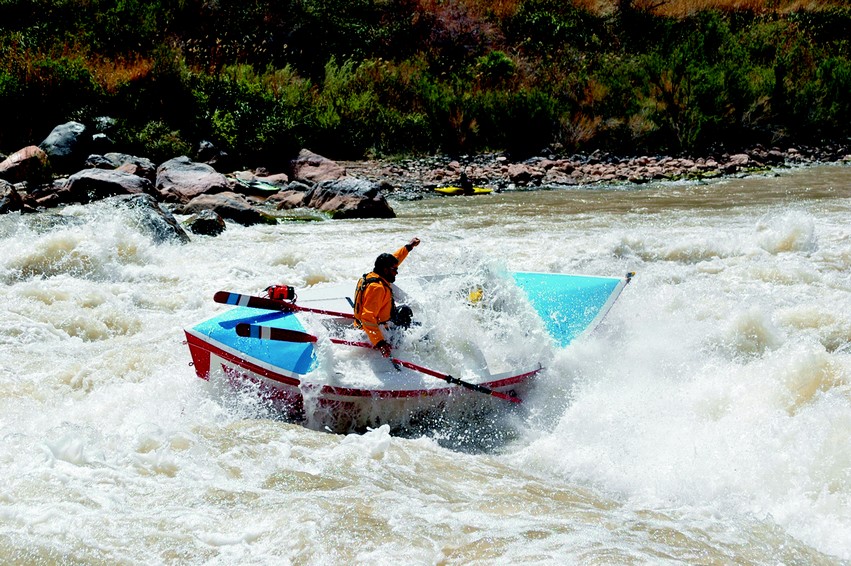 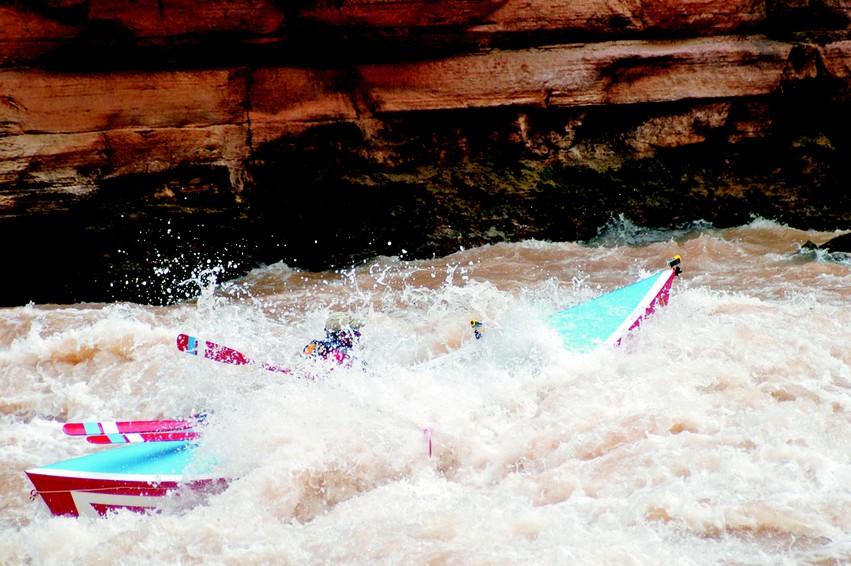 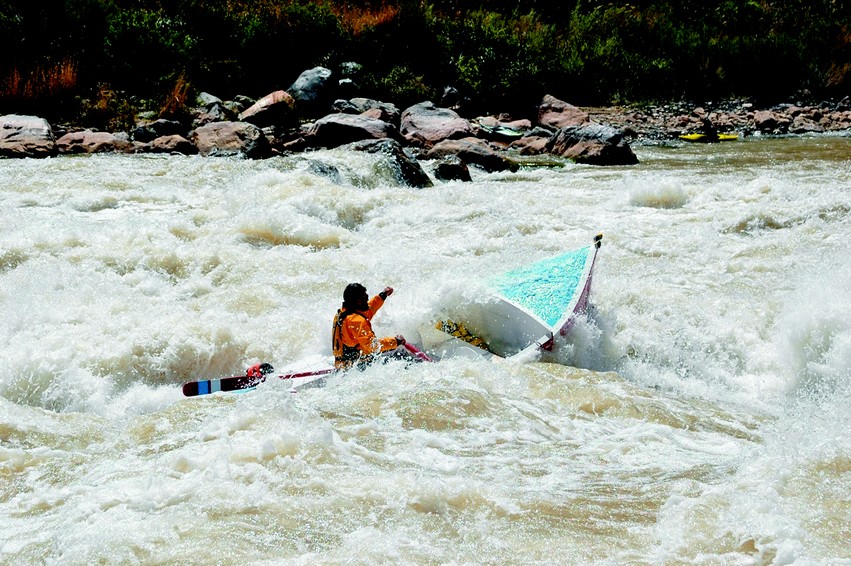 2. Takes a lot of skill…The Portola and a few other boats from this trip will be featured at the Port Townsend Wooden Boat Festival in September. More information about the journey of these five replica boats can be found at Historic River Boats Afloat. Check out the daily blog that we beamed up via satellite every day of the trip. There are many spectacular views in the world that can only be accessed by boat. And there are very few boats that can access this view.