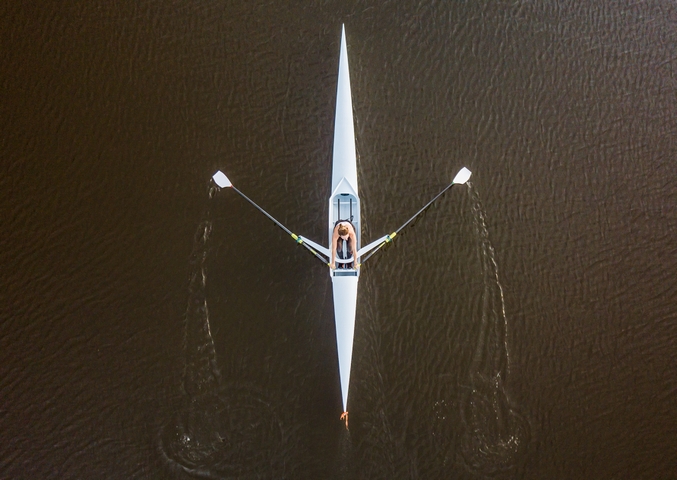 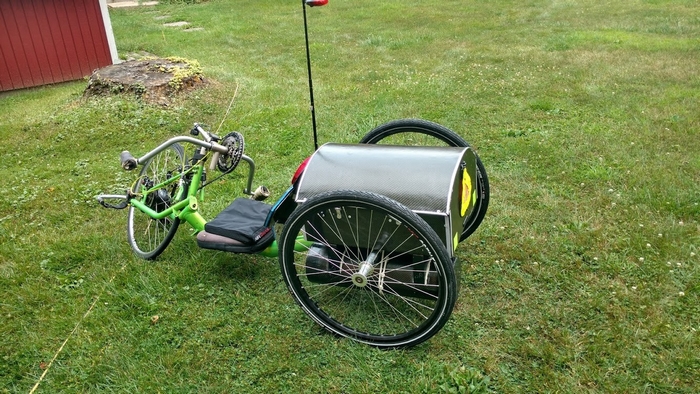 Doug Finkbeiner of Saginaw, Michigan built this weatherproof carbon fiber and epoxy bike truck to store his camping equipment. The trunk weighed 38 lbs. loaded with all of his gear. Pedaling his handcycle with his arms, he traveled across Michigan from Saginaw, then took the SS Badger ferry across Lake Michigan into Wisconsin. He then traveled through Iowa, Illinois, Indiana and back into Michigan. His self-supported 46-day trip totaled 1,480 miles. He plans to build a two-wheeled handcycle next. 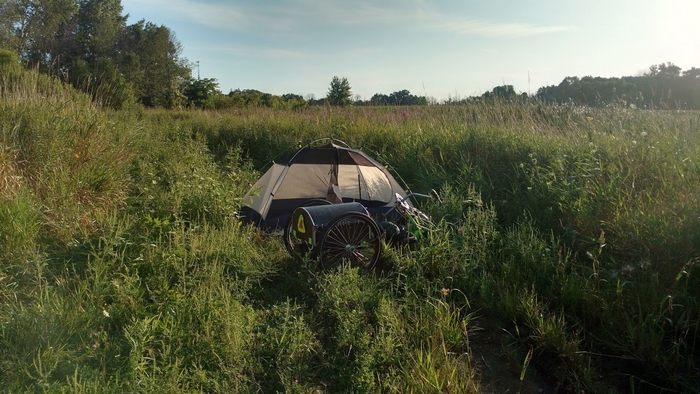 Stealth camping along the way. 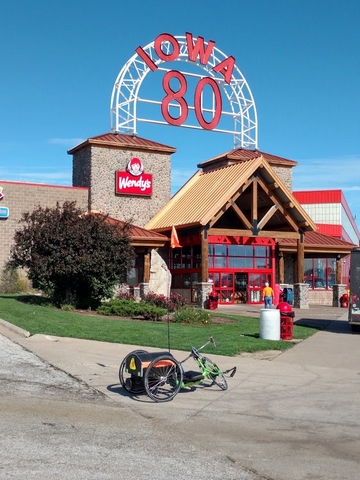 Stopping at his favorite truck stop (the World’s largest) in Wolcott, Iowa.