A picture of an Equinox Snowcoach 685 inspired me to build a similar snow sled for my young kids. Growing up in Michigan, I learned to appreciate the outdoors. I remember snowmobiling with my family at a young age and those memories stayed with me as I got older. I still look forward to the few times each year I go up north to trail ride. I want my kids to appreciate snowmobiling as much as I do so, I decided to build an enclosed sled to pull behind my snowmobile.

Instead of spending $1,200 – $1,600 to buy a used enclosed snow sled, I figured I could build one myself. As the saying goes, a picture is worth a thousand words, so I made sure to capture as many pictures of this project as possible.

In order to save money, I used materials that I had readily available. I didn’t want to fall into the trap of spending $2,000 to build a sled when I could buy a used one for around $1,200.

To create the shell of the snow sled I started with a few sheets of 1/8″-thick plywood left over from another project. The thin plywood could be bent into shape to help maintain a fair surface for applying fiberglass to build strength. I temporarily held the plywood in position by fastening it to a plywood form. Holding the plywood in place with zip ties, I injected West System® Six10® Thickened Epoxy Adhesive into the seams. After the epoxy cured, I removed the form to fiberglass the inside of the shell, strengthening the bond between its panels. 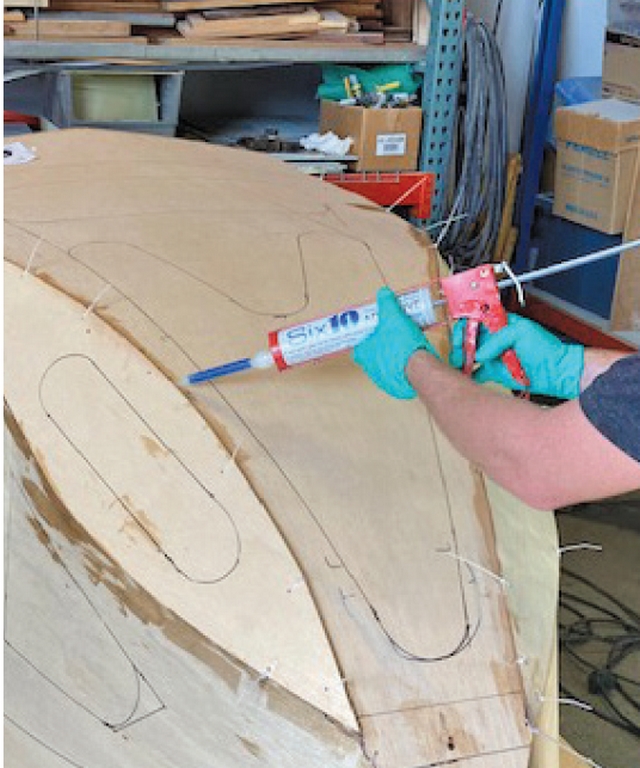 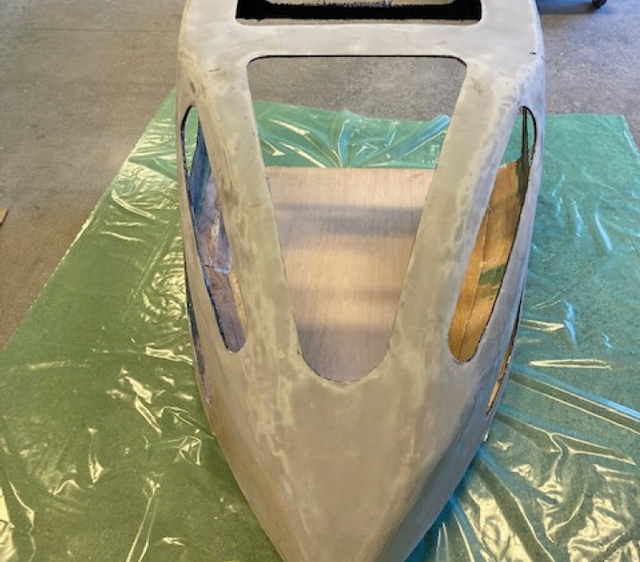 The shell with the corners ground smoothly, ready to be fiberglassed. 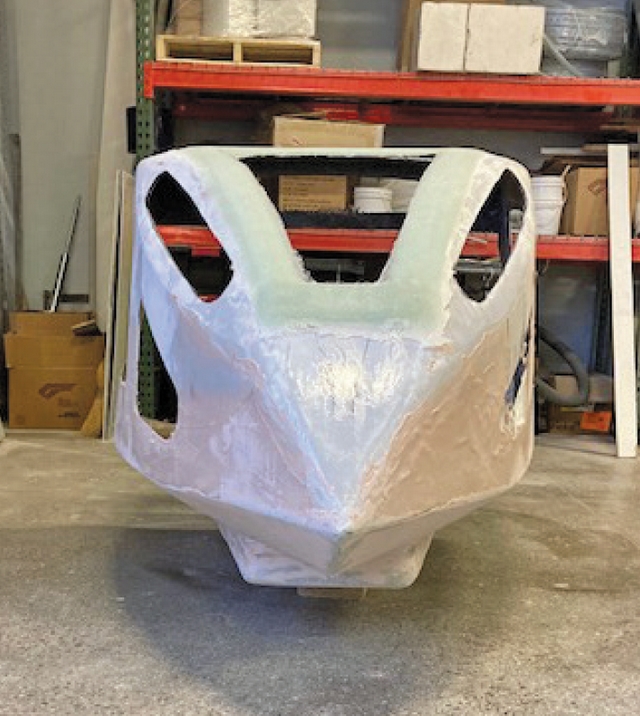 The snow sled shell with fiberglass applied, awaiting final fairing and a coat of 105/207 with 502 Black Pigment.

The outside of the shell was prepared with a grinder and orbital sander to smooth the corners, creating a radius edge for the fiberglass cloth. I applied one layer of 10 oz. fiberglass fabric over all of the plywood using West System 105 Resin® and 206 Slow Hardener®. On the corners, I added a layer of 17 oz., 727 biaxial fiberglass tape.

I wanted more headroom inside the snow sled to allow an adult to ride, so I cut part of the bottom to accommodate a footwell. Using ¾”-thick plywood I made a box that is 6″ deep and attached it to the sled with multiple layers of 17 oz. biaxial fabric.

I tinted 105 Resin and 207 Special Clear Hardener® with 502 Black Pigment and used it as the final finish. Because we would only use the sled a few times each year, I was not concerned about preventing UV degradation.

I found some used plastic snowmobile skis that would work great for the snow sled. I drilled a row of four ½”-diameter holes in the bottom of the sled, epoxied in metal bushings, and then bolted on a crossbar longer than the width of the sled to serve as the axle. To attach the skis, I built custom brackets and welded them onto the crossbar. The skis were then bolted to the bracket.

I created windows with 1/8″ thick Plexiglas®. It was a learning process, cutting the Plexiglas slowly, using a jigsaw with a fine-tooth blade to avoid cracking it. Straight cuts work best. I used stainless steel bolts to fasten the panels to the shell. To seal the windows I applied butyl tape on the edge of the Plexiglas panels. The front window has a piano hinge to let the rider climb into the sled. Finally, I used a plastic cabinet catch to lock the front hatch closed so it could be opened from inside or outside.

Building this enclosed snow sled was a fun project, and the nice thing is, I put only $600 into building it. That’s probably about half the cost of a used sled. The sled pulls easily and the kids think it is the coolest thing ever. There are endless possibilities to building and repairing when using West System Epoxy products. 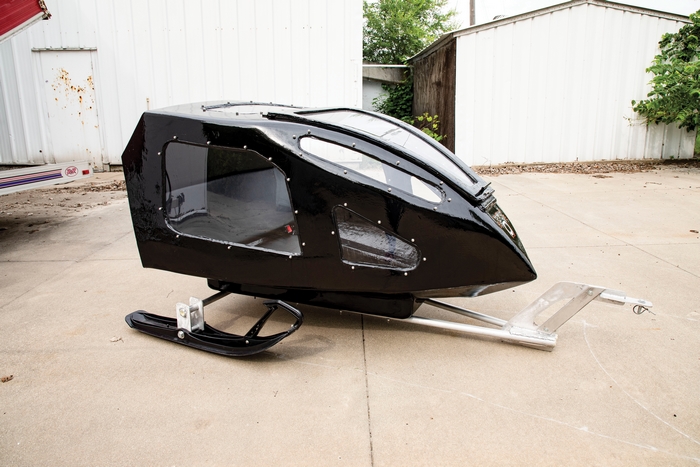 The completed snow sled. Note the custom brackets fabricated to attach the skis to the axle. 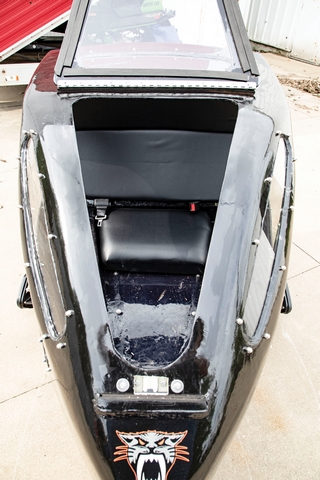 The interior seat, complete with a seatbelt and custom footwell.