After doing all this work, I decided the original transom wood was too marred so I added a layer of mahogany veneer. Since I don’t have a veneer-clamping table, I simply used another transom as the clamping table.

The veneer I used was 2-ply flat cut mahogany that’s a wood-on-wood construction. It’s backed with a non-mahogany wood rather than paper and is available from veneersupplies.com. 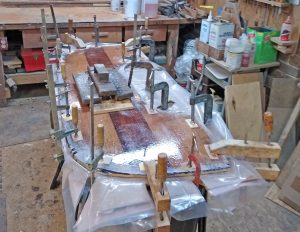 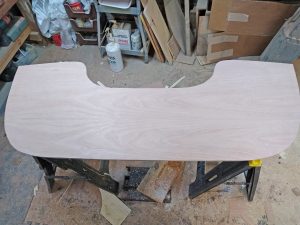 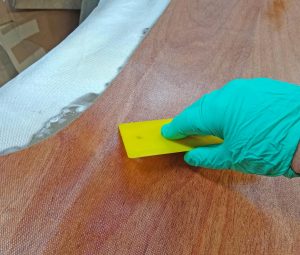 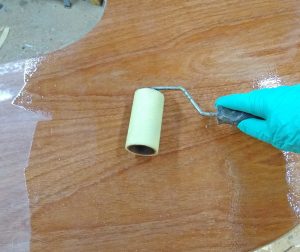 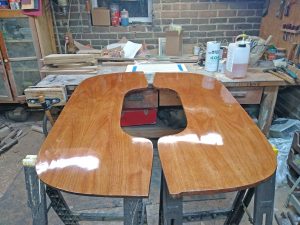 I applied the seventh coat using the “wiped on” method by soaking a lint-free, clean rag with a mixture of 50/50 varnish/mineral spirits and wiped it on the surface. This applied a thin coat that was free of runs and brush strokes. 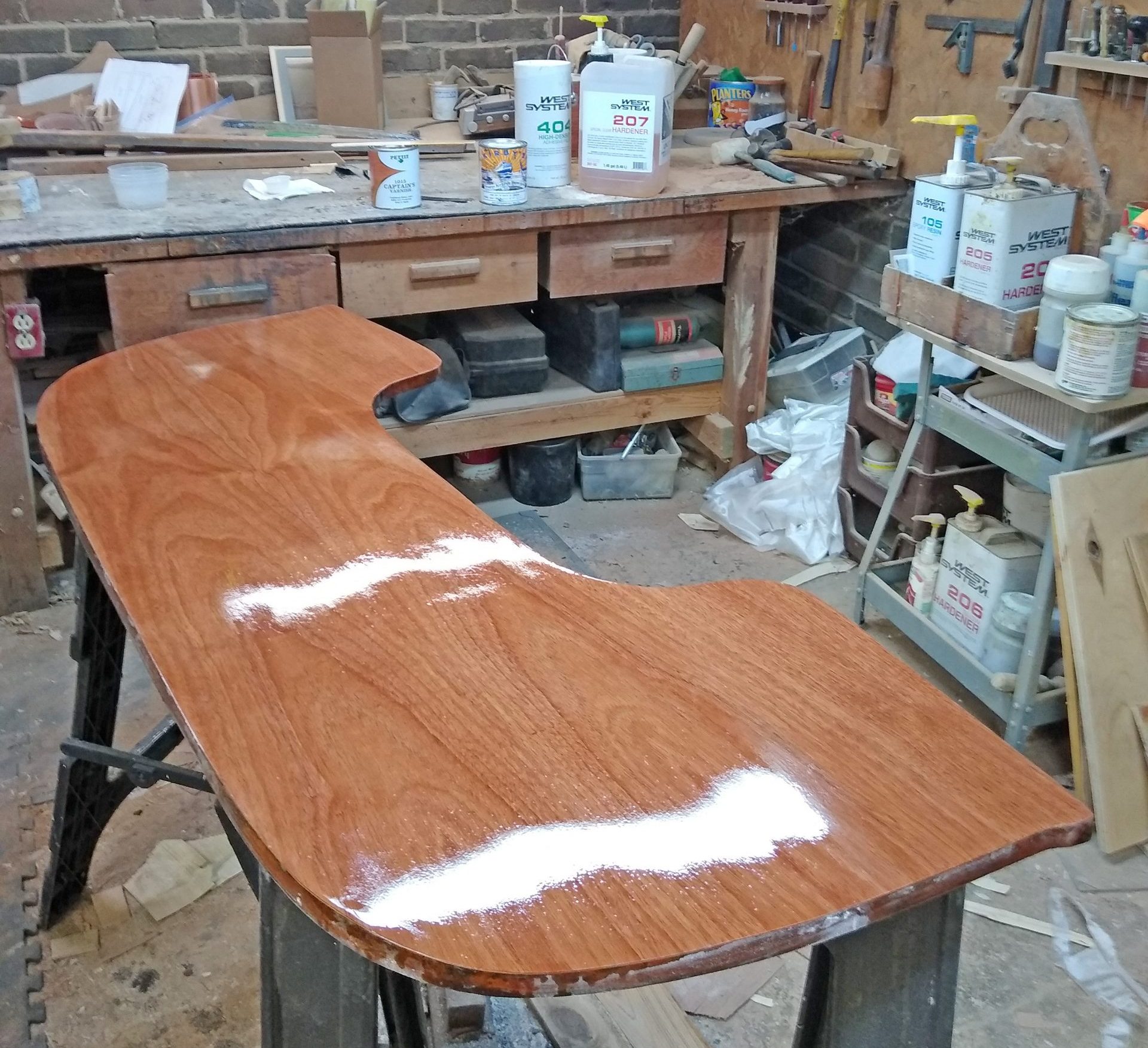 It is important to lightly sand and apply a new coat of varnish every year to seal the varnish. Any small crack in year-old varnish will let moisture in, causing the underlying wood to darken and the varnish to lift and flake off.

Bill Bauer is a boat builder who helps maintain the local schooners Appledore IV and Appledore V. Visit his website at wrbauer.net

I use this to apply the final coat of varnish. It reduces runs and brush strokes.