Why can’t I apply epoxy to vertical surfaces? This is a question Gougeon Technical Advisors are asked all the time. Our response? Why, sure you can! You just need to apply it in thin coats using a foam roller. I’ll provide some tips for preventing sags or runs when coating vertical surfaces, achieving a thin coat, and choosing the best hardener for your working temperature.

Begin with the Right Tool for the Job

The application tool used to apply epoxy to a vertical surface will have a significant bearing on the outcome. I prefer our West System® 800 Roller Covers. Their 1/8″-thick foam provides excellent control over film thickness. They are less likely than thicker (paint) rollers to make the epoxy overheat, and they leave less stipple on the coated surface. The 800 Roller Covers are easy to cut into smaller sections for tipping off uncured epoxy coatings.

After applying the epoxy coating with a foam roller, tip it off by dragging a cut section of foam roller over the surface. This smooths the coat of epoxy and lets you control how much epoxy stays on the surface.

As an experiment, I decided to roll coats of West System Epoxy onto a vertical surface to see if it would run.

To measure the amount of the epoxy I was applying, I grabbed our “wet film thickness gauge” or mil gauge. Although it’s used mostly in the painting industry, it worked fine for my application. A “mil” is simply a unit of thickness equal to one-thousandth of an inch (.001″). The higher the mil thickness, the thicker the coating. For comparison, a 4-mil coating is about as thick as a piece of notebook paper and a 6-mil coating is the thickness of a kitchen trash bag. Talking with the other technical advisors, we determined 2, 4, and 6 mils as the minimum and maximum thicknesses at which to test apply epoxy coatings to vertical surfaces.

I mixed 105 Resin® with 207 Special Clear Hardener® and then added 501 White Pigment so the color of the epoxy would stand out from the wooden surface. I used an 800 Roller Cover to apply the epoxy, and then used a segment cut from another 800 Roller Cover to tip the rolled epoxy. In three separate areas, I rolled the epoxy on at the 2 mil, 4 mil, and 6 mil thicknesses, leaving a dry area between each section. That way, when one coat ran it didn’t pull its neighboring coat with it. I rolled the epoxy evenly in both directions across each section. I finished by horizontally rolling and tipping the epoxy coating to prevent a thick running or sagging epoxy build-up. Horizontal tipping prevents dragging the wet epoxy, which can also cause sagging. I wanted to let gravity do its thing so any sags or runs would form on their own. 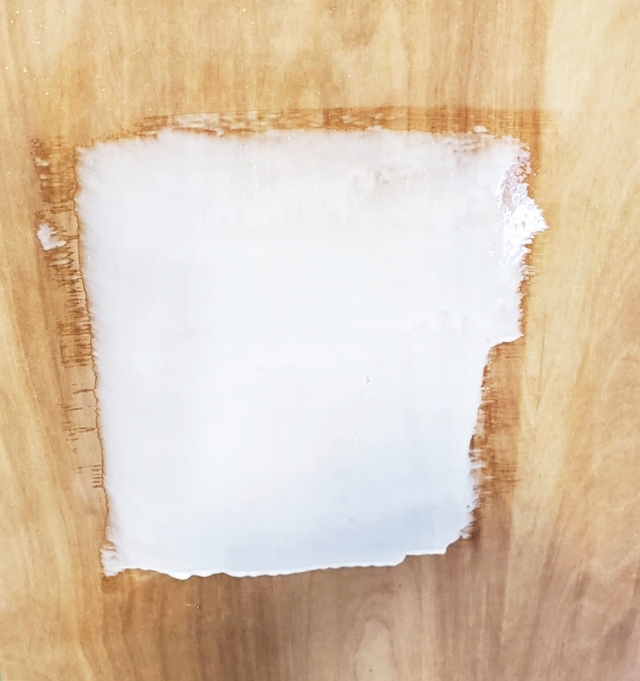 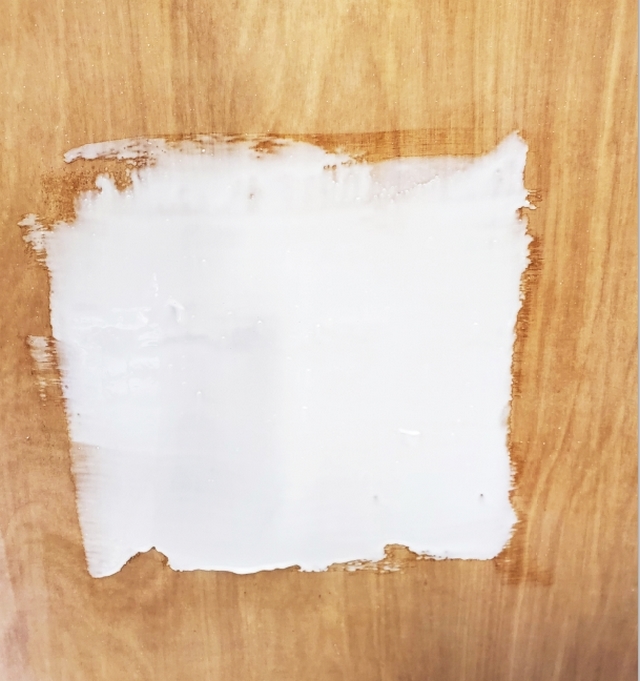 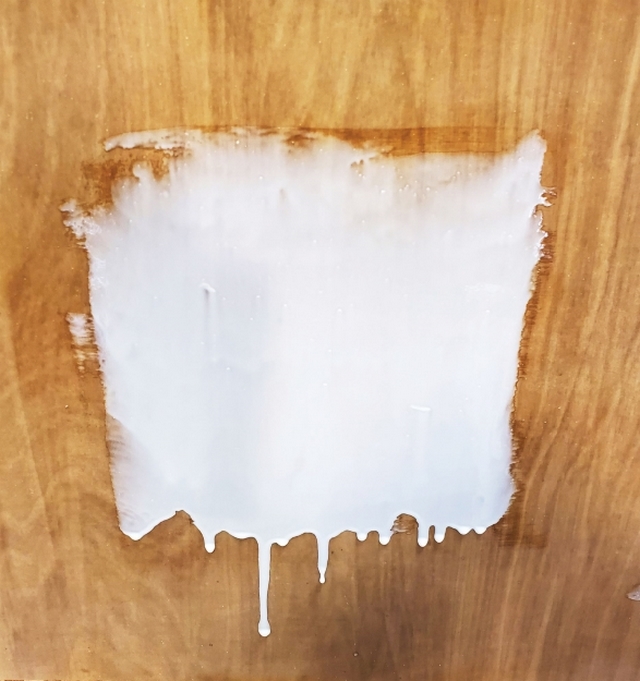 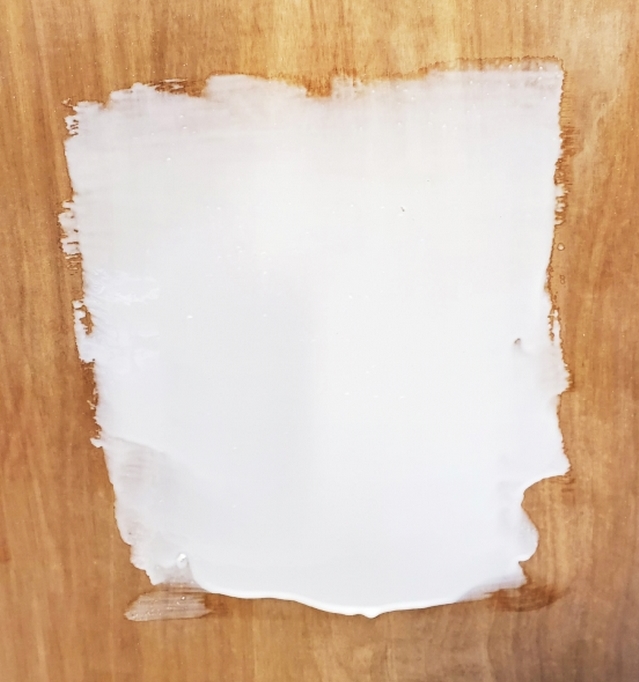 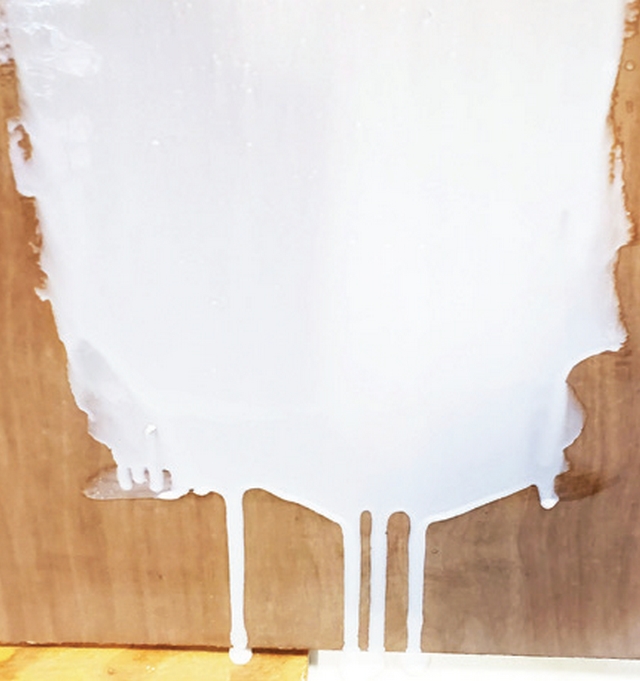 Getting a Good Vertical Coating In Warmer Temperatures

If the temperature rises while you’re applying a thicker coat of epoxy, it reduces the epoxy’s viscosity, causing runs and sags. For example, you might have applied two epoxy coats to a vertical surface with no problem. But then air temperature increases, reducing the uncured epoxy’s viscosity and causing it to run and sag.

Working in warmer temperatures can also trick you into rolling on too much epoxy. The epoxy’s lower viscosity makes it easy to roll on a thin film. It looks like there isn’t enough epoxy on the surface, so you roll on another coat. Now it’s too much epoxy and the thicker coat starts to move.

Rolling the epoxy on in a thin film and applying an additional coat only after the previous one has reached the green stage (when it’s about as sticky as masking tape) is the best way to prevent epoxy from sagging on vertical surfaces in hot weather.

How to Prevent Vertical Coatings from Sagging in Cooler Temperatures

Epoxy can run on vertical surfaces in cooler temperatures, too. Cooling epoxy slows the cure process, giving it more time to sag or run. It’s also harder to roll on a thin film in cooler temperatures because cooler epoxy is more viscous. Initially, this thicker coating may look like it’s going to stay put on your vertical surface. But after a while, it starts to sag anyway. This sagging is the result of the long cure time created by the cool temperatures.

The extended cure time of epoxy in cooler temperatures is another factor that can result in runs and sags. For example, you coat the bottom of a fiberglass sailboat and then coat the lead keel. The epoxy sags only on the keel. What went wrong? The lead keel is a lot cooler than the fiberglass so it takes longer for the coats of epoxy on the keel to tack up compared to the epoxy on the fiberglass hull. This is especially likely if temperatures were much cooler overnight before the warm day when you applied the coating. The boat’s surfaces will be cooler than the air temperature.

When temperatures are cool, you’re still going to want to apply a thin film thickness, only adding an additional coat when the previous coat is tacky.

Choose the Right Hardener for your Working Temperature

Having more than one speed of hardener on hand is especially convenient when you need a faster hardener for coating in the cool of the morning or evening and a slower hardener for working in the heat of the afternoon. Using the hardener that’s the right speed for your working temperatures can go a long way in preventing running and sagging on vertical surfaces.