Big Jon (BJ) serves as a reel for retrieving and letting line attached to floating planer boards in and out from a boat while trolling. Planer boards are used to get fishing lures off to the side of the hull so the lures aren’t following directly behind the boat while trolling for walleye. The further the planer board is reeled out, the further the lures are from the side of the hull. BJ has served Tom and Lorraine Klinski well but recently developed some cracks in what appears to be a black nylon plastic. The cracks in Big Jon’s nylon plastic needed to be reinforced before they completely failed.

Knowing that nylon can be difficult to glue I used G/flex to test adhesion after prepping the surface a couple of different ways, 1) by sanding with 80-grit sandpaper and 2) by sanding with 80-grit and flame treating with a propane torch. I glued one end of cured fiberglass strips to the different prepared surfaces and pulled up on the unglued end 24 hours later. I discovered that sanded and flame-treated surfaces resulted in superior adhesion compared to surfaces that were just sanded. Unfortunately, I could not flame treat down into the cracks unless I was willing to create gentle bevels along both sides of the crack. In the end, I decided instead to reinforce the reel face by gluing and screwing a thin fiberglass composite laminate across the face of the sanded and flame-treated reel face to globally support the reel. I added a second layer of fiberglass laminate where the handle meets the reel face to significantly reinforce the area. I cut and dry fitted the fiberglass laminate and drilled my pilot holes ahead of time.

The screws were installed in the pre-drilled holes to hold everything together during the cure and left in place for extra support. Screws were used in addition to gluing as an added reinforcement

A second composite layer was added to bolster the handle area.

The G/flex was allowed to cure, the part was cleaned, sanded dull, and painted with a black gloss auto paint.

Here it is installed on its summer home. 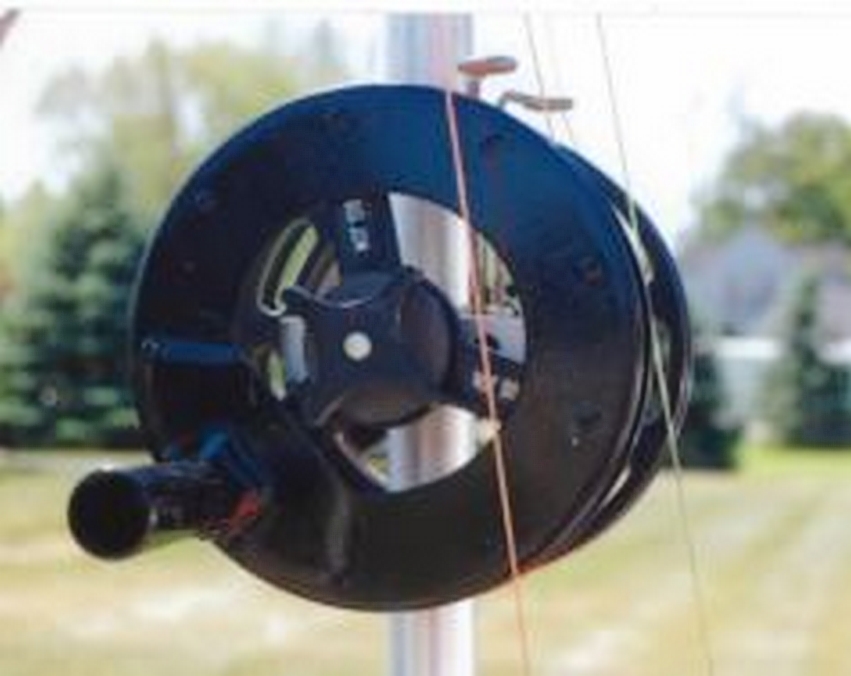