I acquired this 1957 MFG 15 fiberglass runabout with its original mahogany transom in 2017. The previous owner had started to restore it but did not finish. When I first got the boat it was just a hull and a bunch of parts. A neighbor, Kami, and I work on it on weekends at Black River Boat Shop when we both are available.

Many of the ribs had separated from the hull. We reattached them with Six10® Thickened Epoxy Adhesive and some creative clamping. This, along with the outside coating of epoxy, stiffened the hull considerably.

We hope to finish this project before Kami is out of college (2028). 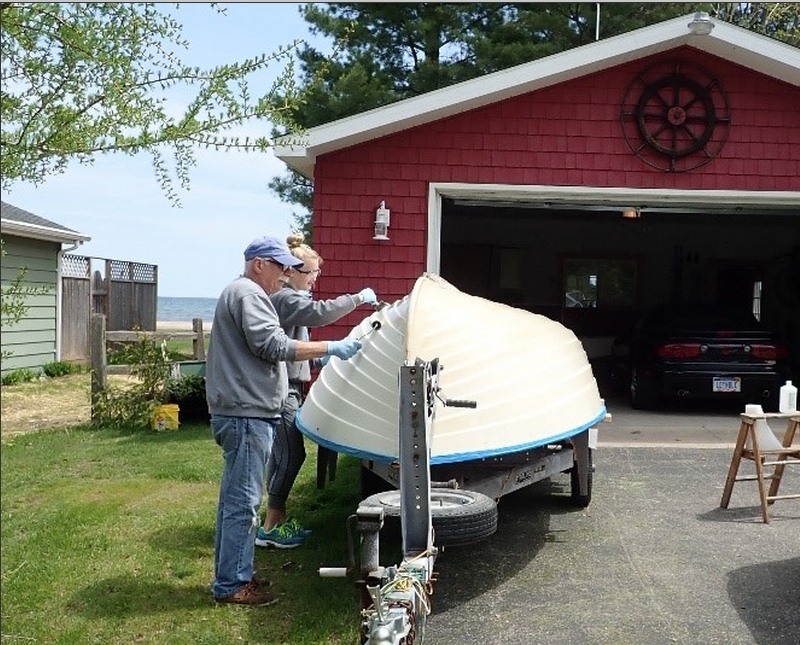 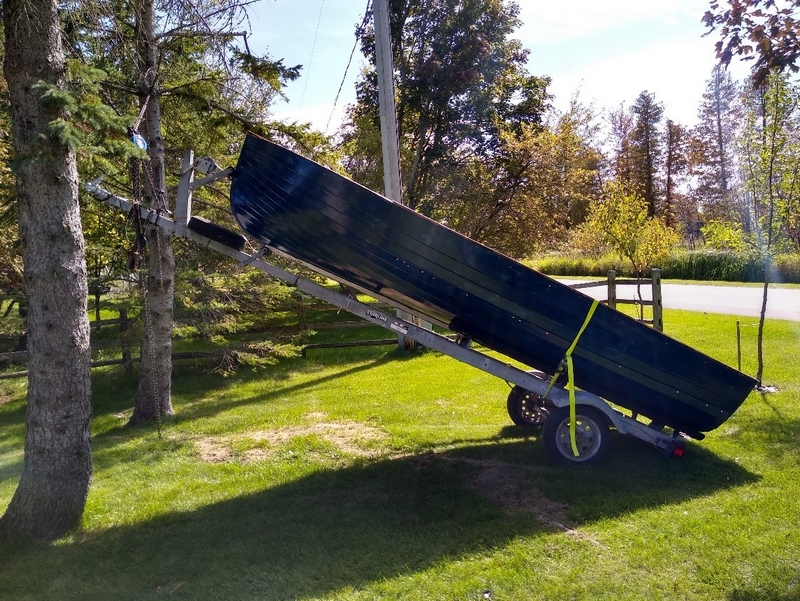 After applying the first coat of George Kirby Jr. #33 Dark Blue® paint to the boat’s exterior. 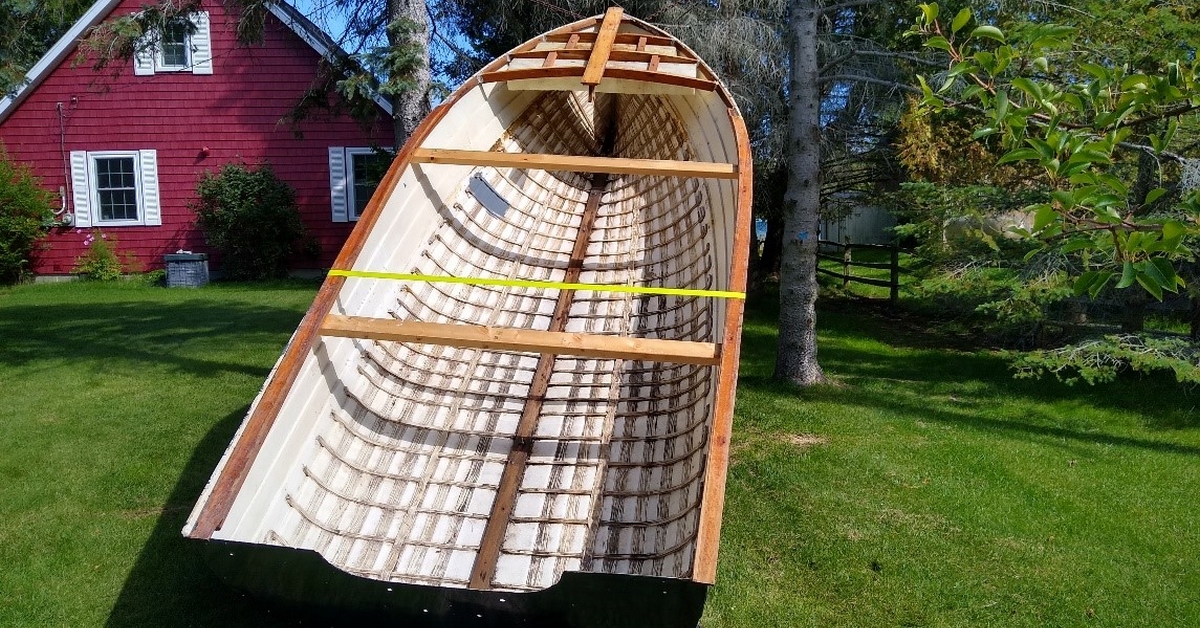 The inside of the boat cleaned, sanded, and ready for paint. 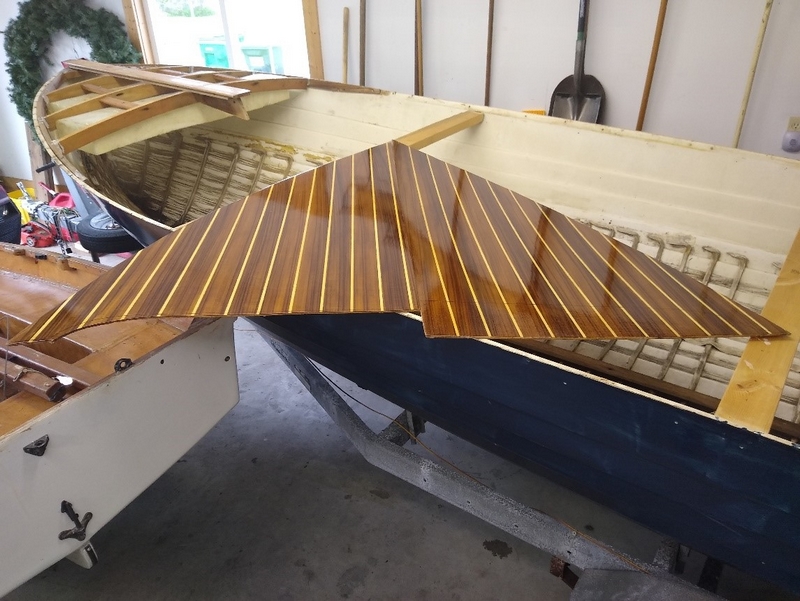 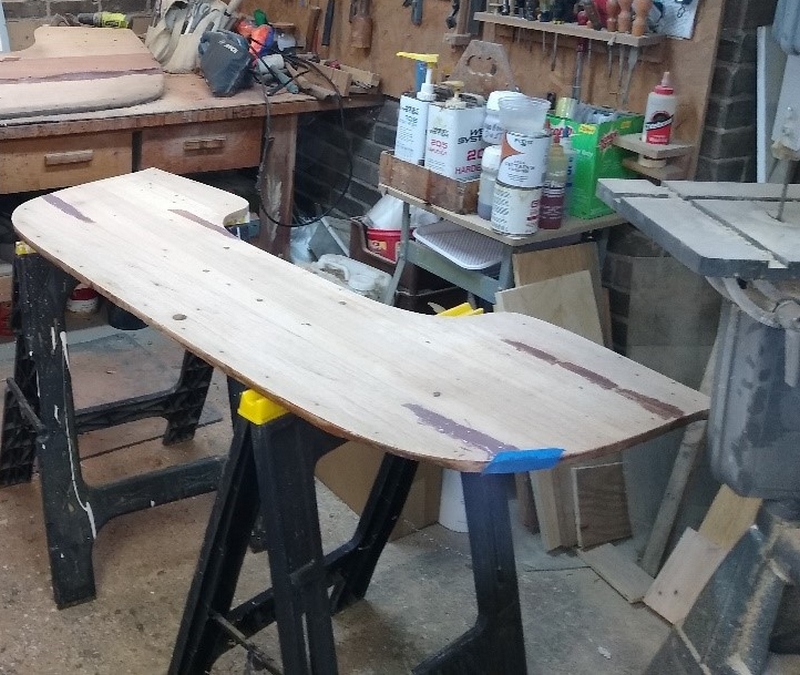 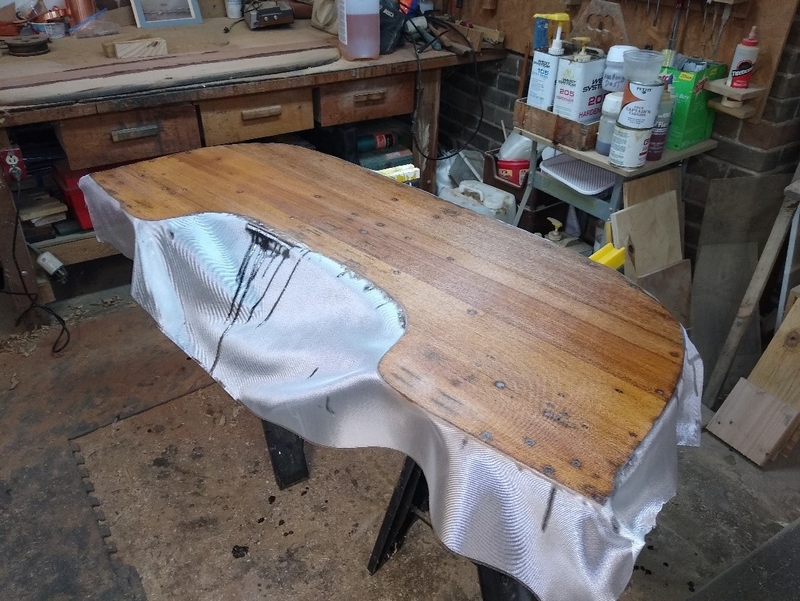 Repairing and glassing of the mahogany transom. The original transom was made up of two mahogany sections bolted onto the thin fiberglass hull’s transom. 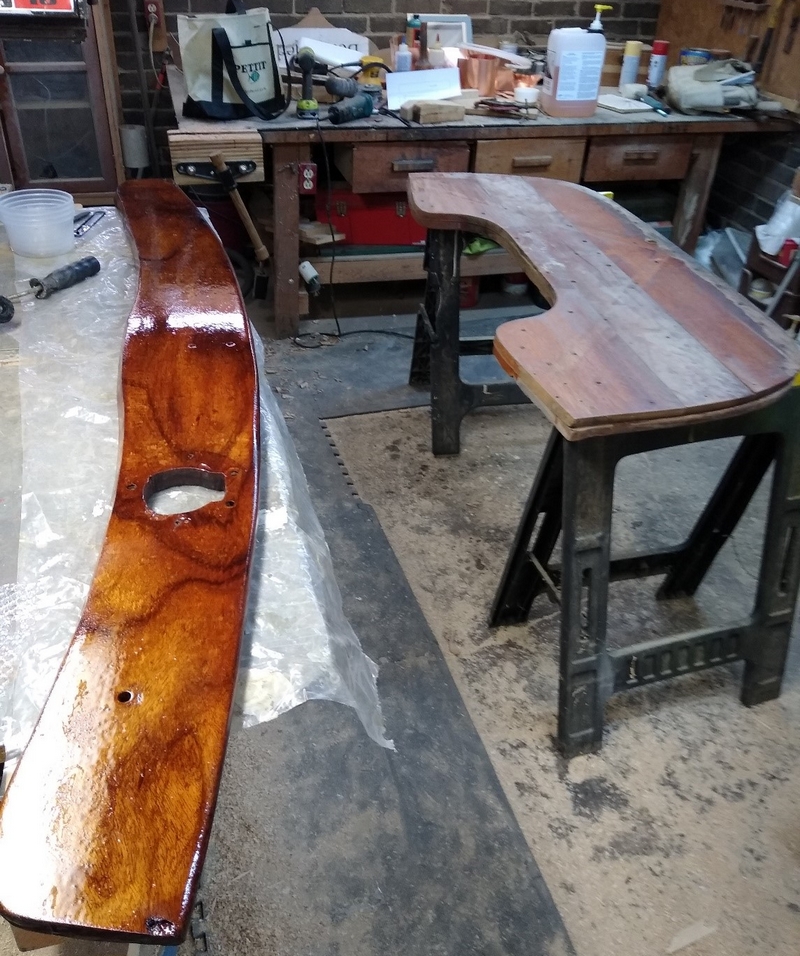 The cockpit dashboard with three coats of WEST SYSTEM 105/207 and seven coats of varnish. 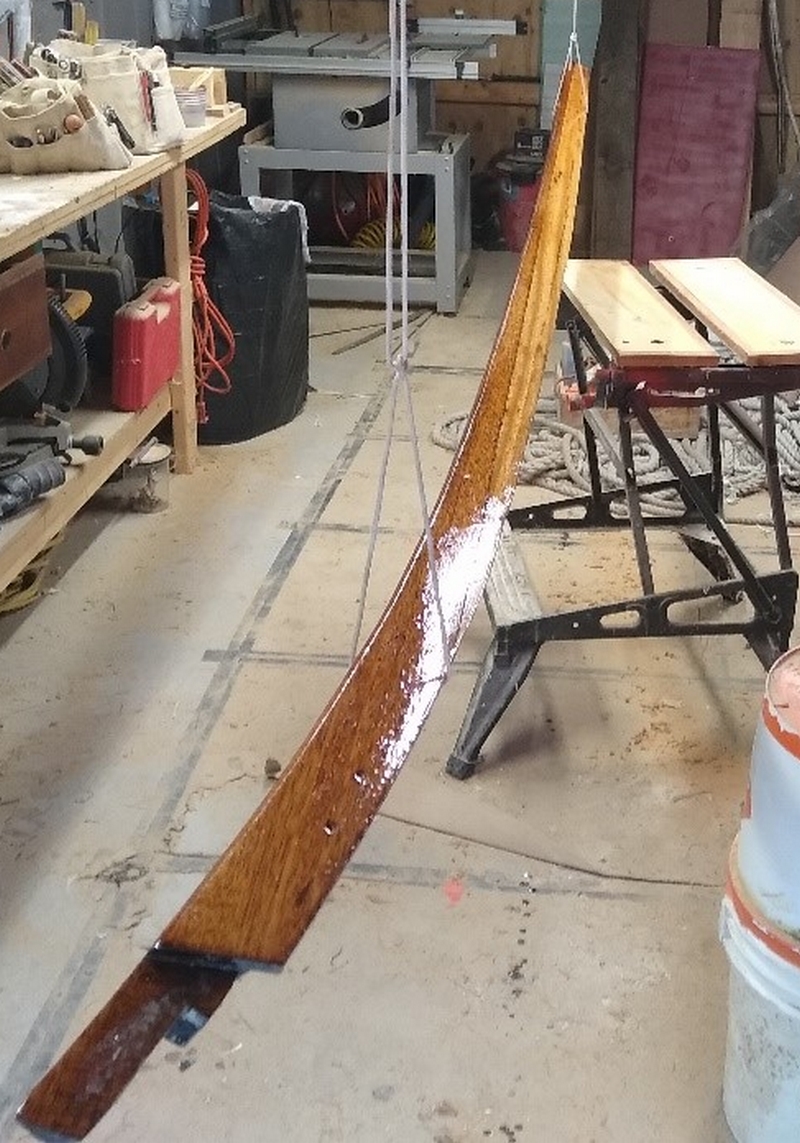 Prepping the gunwales and stringers for epoxy and varnish.

The new, modified transom is made up of three sections that will be bolted together.