Jan Gougeon was a visionary, ingenious, and a great innovator who could see beyond boundaries, one of a few people to really have changed the boatbuilding game in his lifelong quest for speed. This is how boat builders, designers, sailors, and iceboaters recall Jan. A natural engineer, Jan became an accomplished boat designer and builder who was always thinking about his next boat. His vibrant, boyish enthusiasm lit up the room. Jan was a fierce competitor who shared tips and technology openly, offering astute and encouraging advice to novice and veteran sailors and builders alike. His work with epoxy and lightweight composites expanded wooden boat building to another generation. Jan believed the faster you make others, the faster you will be. Accidents and setbacks never defeated him but offered new problems to solve. Jan spent most of his time trying out new designs, materials, or construction approaches in the Gougeon Brothers Bay City boat shop. After a terrible iceboating accident Jan suffered in the early ’70s, a friend asked Jan what he would do if he could never walk again. “I’d still come to the boat shop every day so I would build a platform with casters so … I could work.” Jan was working in the shop until a few days before his death on Tuesday, December 18, 2012, at age 67.

Born August 7, 1945, Jan was the youngest of four children, Jan spent his boyhood on Wenona Beach, and the Saginaw Bay of Lake Huron shaped his life. He loved to build and take things apart and was pretty good at anything mechanical. Born cross-eyed with visual impairments that weren’t corrected until his early teens, Jan never did well in school, and he lost his father at age 10. Through sailing, Jan found something he excelled at and mentors to learn from. At 14, he started an informal apprenticeship with master boat builder Vic Carpenter, which continued after graduation from high school. Then Jan was drafted into the US Army and served in Vietnam, earning the rank of Sergeant E-5.

Returning to Bay City in 1968, Jan and his brothers Meade and Joel founded Gougeon Brothers, Inc. Excited by the emerging potential of wood/epoxy technology, they built iceboats, multihulls, and custom wooden boats. They pioneered bonding wood together with no fasteners and developed techniques for metal-to-wood bonds that solved major structural problems. They also found great success in formulating and marketing WEST SYSTEM® Epoxies for boat construction and repair.

Racing multihulls and iceboats were Jan’s passions. He particularly loved sailing too. Jan’s first sailboat race was in 1987 at age 11, and he competed in the Chicago Yacht Club Race to Mackinaw aboard the newly launched Strings in July 2012. In 1980, during qualification trials for the OSTAR challenge, Jan’s trimaran Flicka capsized in the Atlantic Ocean. After four long days floating in Flicka’s disabled hull, Jan was rescued by a passing freighter. While upside down awaiting that rescue, he started designing his next boat, Splinter. It was self-rescuing, as was every boat he designed since. Jan placed first in the single-handed Port Huron to Mackinac race in 1981, 1982, and 1983 aboard Splinter. Racing his trimaran Ollie, he won the singlehanded Supermac in 1987 and the Great Lakes Singlehanded Society Peter Fisher Memorial Award in 1989. Jan also finished the 300-mile Florida Everglades Challenge in 2011.

Jan excelled as a DN iceboat racer. He won the DN Iceboat World Gold Cup Championships in 1975, 1982, 1985, and 1991. After dominating the DN Worlds on Barnegat Bay with a new hull design, Jan went home and made a detailed set of plans so anyone could build the boat. These are still the official plans of the DN class. Winning the DN Great Cup of Siberia Race in Russia in 1989 was Jan’s “ultimate iceboat trip. Can you imagine? Here I am in Russia—in Russia—to race iceboats.” Typically, he shared all he could with the local sailors about modern construction techniques and left his tools and spare parts for them to use. Jan also won eight DN North American Championships, initially in 1971 and 1972, and most recently in 2000.

As well as racing, Jan loved cruising, often in the North Channel. He was also a licensed pilot.

Jan Gougeon’s quest for speed guided his life. His legacy is the innovation, hard work, technical prowess, and enthusiasm he shared with so many. —Kay Harley

Over his lifetime, Jan Gougeon designed and built numerous multihulls including FLICKA, SPLINTER, OLLIE, his Gougeon 32 POCKET ROCKET, and the Gougmaran MAGIC CARPET. In 2012 he launched his groundbreaking 40′ multihull STRINGS, a boat that he had been working on for over 10 years. Jan was also a builder on the multihulls ADAGIO, ROGUE WAVE, SLINGSHOT and ADRENALIN, as well as several monohulls including the 1975 Canada’s Cup winner, GOLDEN DAZY. 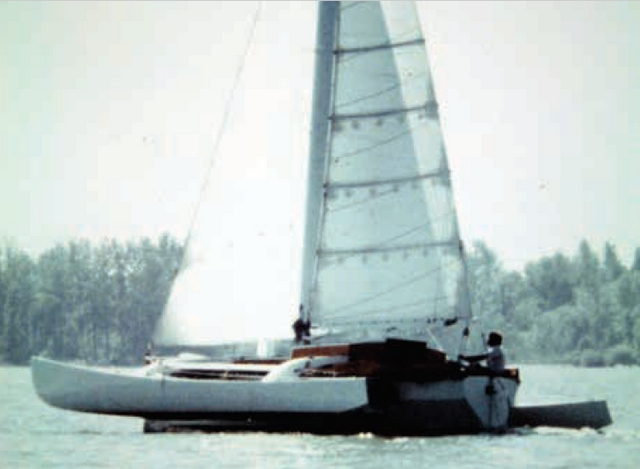 Jan Gougeon Survived FLICKA’s capsize in the Atlantic Ocean in 1979. 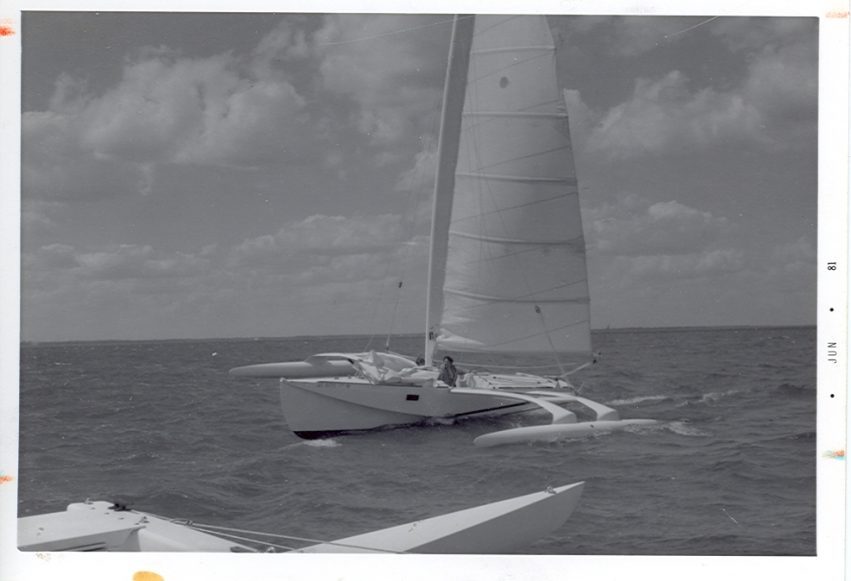 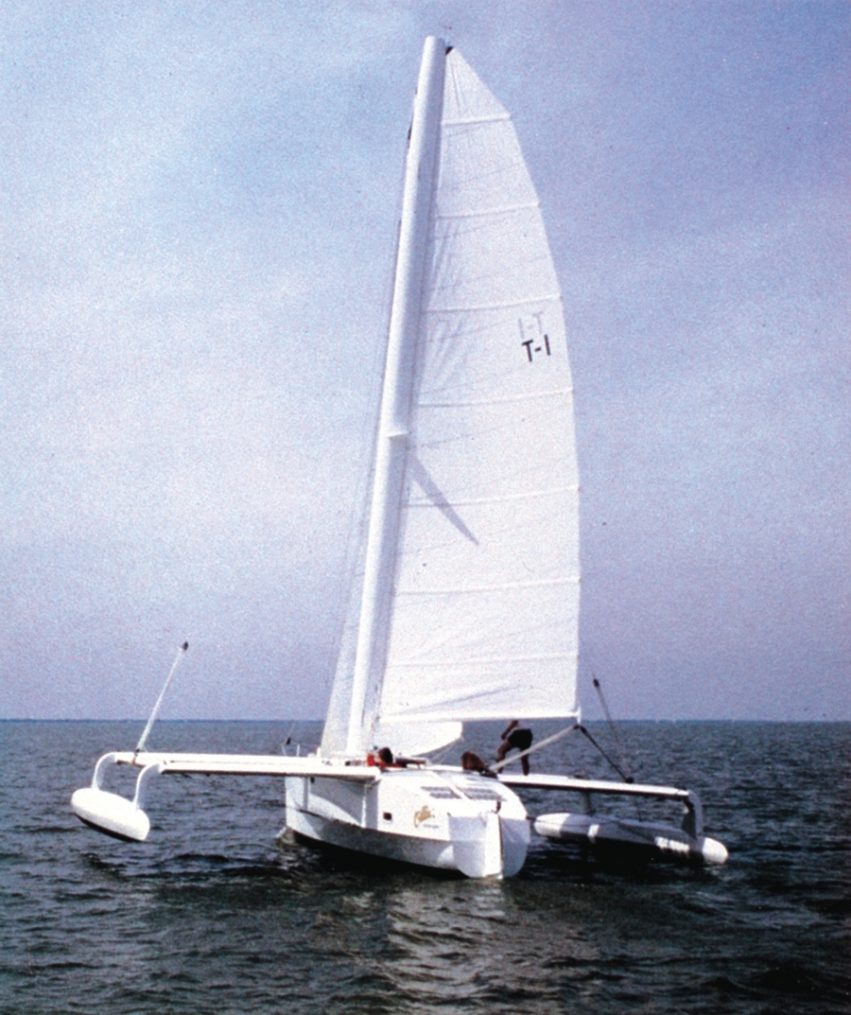 One of Jan’s self-righting trimarans, the Stressform design OLLIE. 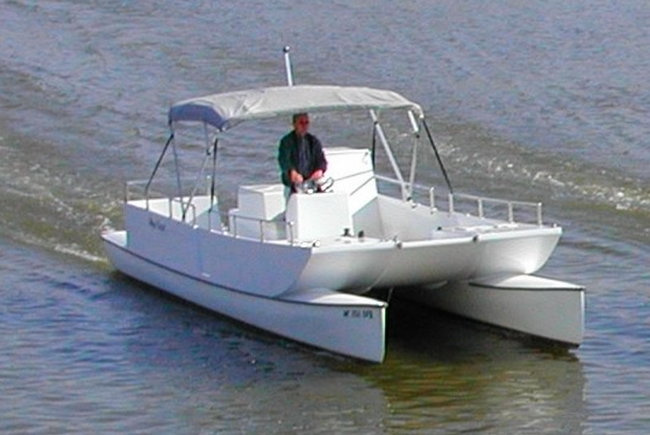 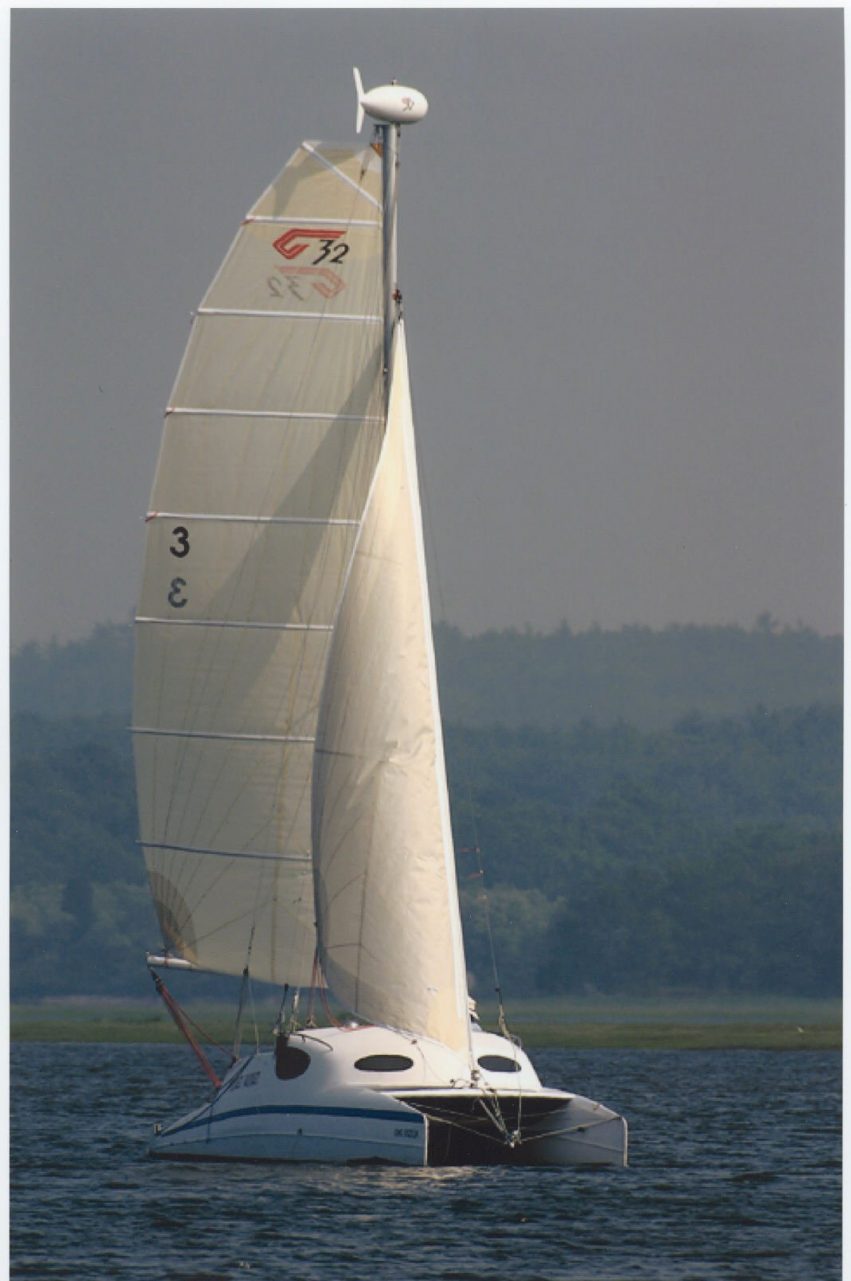 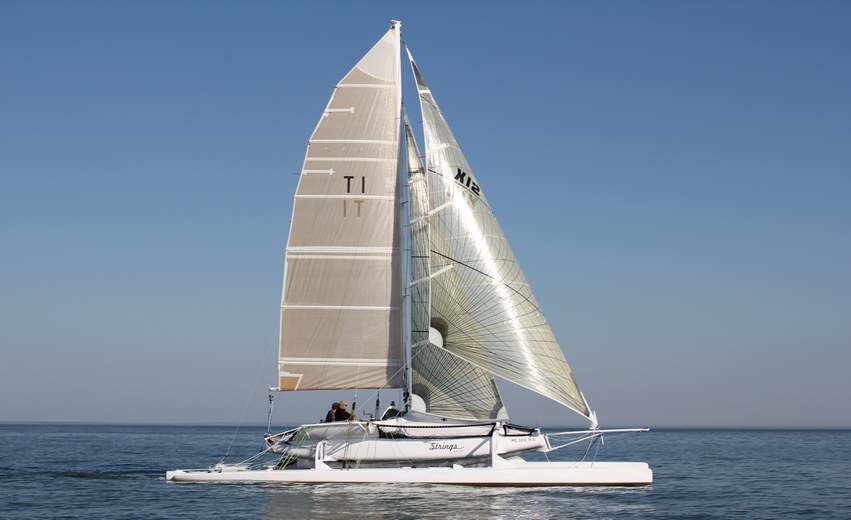